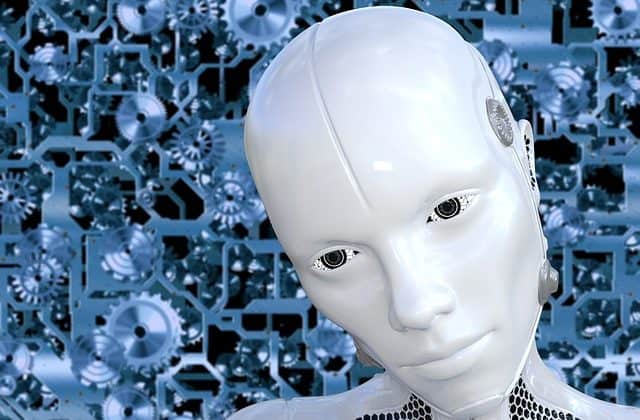 The 21st century is the century of technology and technical innovations. We live in a world where smartphones, artificial intelligence, robots and quantum computers are increasingly present in our daily lives, to such an extent that we depend on them for our existence. It is not strange to see how certain tasks, previously performed by people, are now carried out by machines. Hence, it should not surprise us to watch Hollywood (or Bollywood) movie scripts written by AI being released in the coming years -or months.

Over the past few years, it has been discovered that there are computers capable of making valuable film scripts. This process is relatively recent since it started two or three years ago. Using GAN (Generative Adversarial Neural nets), the creation of this content is speeding its development at tremendously fast rates.

For example, let’s have a look at this short screenplay written by a bot from the movie John Wick: 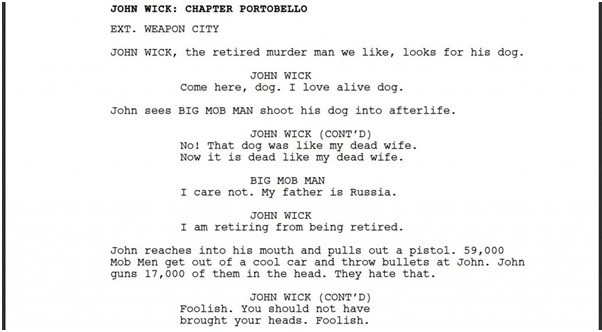 Fascinating isn’t it? It perfectly resembles a human-written script.

One of the pioneers in the field, Ross Goodwin, a data scientist for NYU, created the first artificial intelligence capable of writing original scripts back in 2016. The bot, named Benjamin, was able to write the script for a science fiction short film, Sunspring, which was subsequently shot and presented at the London Fantasy Film Festival.

Goodwin is an advocate of artificial script creation, arguing that the writer-director relationship would be much less strained and more fruitful. In any case, the American scientist alleges that machines should not replace people, but that the relationship between the two is a symbiosis resulting from joint work. However, most scripts created by computers are not taken seriously and are thrown away.

In recent years, news has come out indicating that several computers had made scripts for different series or movies. For example, in 2018 the news broke that a computer, after watching more than 1000 hours of the Seinfield series, was able to write a completely new chapter and using the same type of humor from the series. This year the same thing happened with the John Wick franchise, a bot was able to write a new script for the movie, as seen above.

However, despite all these leaps and bounds that technology is taking, the movie revolution is still in a very early phase. Most of the scripts created by computers are not taken seriously and are discarded really quickly. The only one that had a bigger bet was the one by Goodwin, and yet, critics were ready to discredit it.

Many believe that using algorithms could eliminate creativity, hence destroying the industry. The fact that a machine relies on past scripts of a series or a movie to make a new script only shows that the capacity for innovation is not going to be original, but relying on pattern identification. However, when we reach that stage of AGI (Artificial General Intelligence), things might change.

The main problem would be, as usual, the loss of jobs due to automation as most screenwriters would be laid off while AI-induced algorithms will take place due to their reliability, objectivity, speed and accuracy of the content.

How will the movie industry evolve in 2020? That’s a question mark in everyone’s mind.

The article has been written by Dr. Raul V. Rodriguez, Dean, Woxsen School of Business

Posted by: DQINDIA Online
View more posts
And the Oscar for the Best Director Award Goes To… Artificial Intelligence 0 out of 5 based on 0 ratings. 0 user reviews.
PGCIL Recruitment 2020: Applications Invited for 93 New Apprentice Vacancies, Salary up to Rs 15,000
Decoding Amazon’s AWS Honeycode

The pandemic has been a catalyst in the movement towards telehealth, which is poised to…

Making the world go around

The importance of data in business operations is obvious. It is how, when, and where…