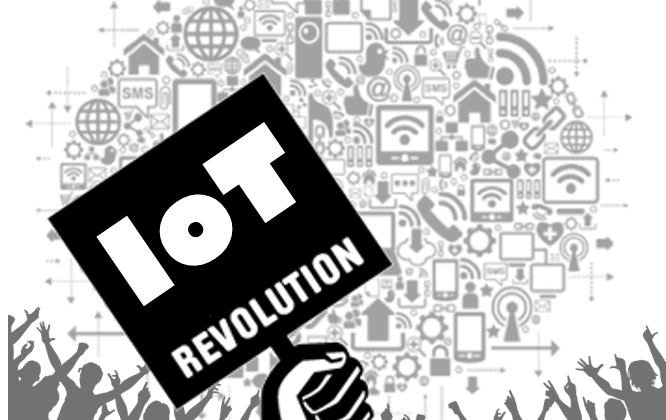 Internet of Things (IoT) can be transformative for businesses, by opening up novel ways to connect with customers, creating new avenues and converting data into insights. Several organizations have already moved beyond the experimental phase to actual deployments of IoT. Government, healthcare, retail, transportation and many more industries have come up with innovative applications for improved customer experience and competitive differentiation.

However, considering its vast scope, IoT has currently not achieved its full potential. Enterprises are grappling with multiple issues. Nevertheless, IoT enthusiasts believe that open source plays a key role in ensuring that the technology moves past the hype cycle to become a disruptive trend for enterprises.

Linux has always been a dominant platform in many areas of IoT. Most IoT devices, for instance, run some form of open source operating system. Open source is a predominant choice in the most of the data centers and cloud architectures that run services for the IoT devices. It has long been an integral part of embedded systems, such as point of sales, connected healthcare devices and factory controllers.

As more enterprises start to take the plunge, open source will act as the true enabler, by future-proofing today’s data centers and storage infrastructures, and notably, ensuring interoperability in the ecosystem.

The Open Source Bridge
IoT is predicted to make deep inroads into the enterprise space in the coming days with close to 90% organizations increasing their IoT spending in the next twelve months. While the potential is huge, the industry is facing some serious hurdles at this point, with interoperability being one of the primary concerns.

A McKinsey Global Institute report cited interoperability as a critical factor for the progress of IoT adoption. The agency estimates that the IoT has a total potential economic impact of $3.9 trillion to

$11.1 trillion a year by 2025! Of the total potential economic value the IoT enables, interoperability is required for 40% on average and for nearly 60% in some settings. This shows just how inevitable open source will be for the growth and sustainability of IoT market.

The concerns around interoperability has in fact converted into a clear drift where in enterprises are starting to understand that value of open source standards and technologies. For IoT to be successful, we need to connect more number of devices and generate more meaningful data. By choosing a closed system technology, an enterprise is effectively limiting its flexibility, creating more fragmentation and escalating the associated costs.

The device is just one side of the IoT story. Most of today’s IoT platforms, which exist between the device sensors and data networks, are cloud-based and are built on software-defined architectures. The dominance of open source platforms in cloud and SDDC reiterate the importance of embracing open standards across IoT value chain.

Currently, the IoT ecosystem consists of both closed and open standards, but the future is clearly going to be built around open source technologies. The true value of IoT can be achieved only by enabling interoperability between the multiple systems for the creation of applications that meets the needs of diverse set of customers and stakeholders. Businesses are sceptical about betting their IoT future on a proprietary platform that may eventually disappear or become difficult to customize and interconnect.

This trend is further validated by a recent survey conducted by our peer, Red Hat. The survey reveals that, about 89% of the respondents said that they are turning to open source for their IoT projects.

Developers’ Playground
IoT is a world of developers. It has been reported that there will be around 4.5 mn IoT developers by 2020. A significant percentage of these developers has always preferred open source tech for obvious reasons.

App development for enterprise IoT has however been a complicated affair as compared to consumer IoT, primarily because of the hundreds of thousands of sensors involved in an enterprise app. It also requires high degree of sophistication and customization. Some new advancements in Open source IoT bring in more excitement for developers, who prefer to eliminate potential lock-ins while creating cutting edge solutions.

Very recently, a few engineers in our lab successfully took the enterprise grade, 64-bit, Linux operating system that is used around the world to support mission critical workloads and put it on a low-cost credit card-sized computer—the Raspberry Pi. A large percentage of this computer sold in the market is used by commercial developers, working on various IoT projects ranging from home automation to industrial sensor networks.

For the Open source community, this marked a major milestone in the relatively long history of Open source and Internet of Things. It provides an opportunity for enterprise developers to work on enterprise- class software on an affordable hardware to come up with enterprise-specific IoT applications–at a fraction of the cost, without purchasing expensive licenses.

In days to come, open source is all set to make rapid strides in the IoT space with continuous innovations and contributions from the community.