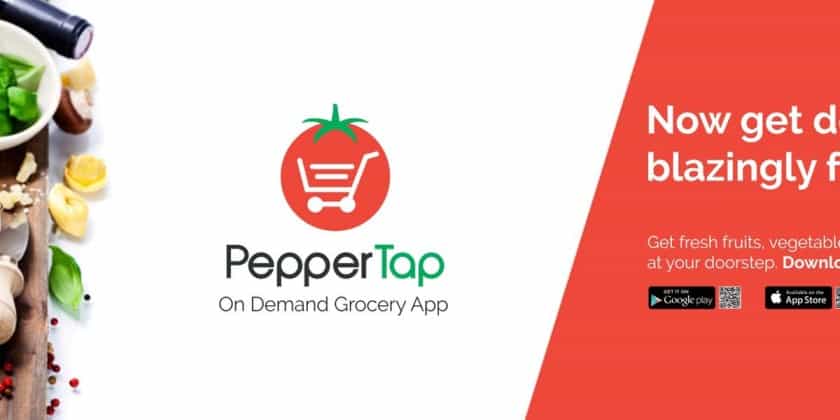 On-demand grocery company PepperTap is shutting down overall operations by end of this month. The exit points out at the roughness of the online space which changed the fate of many startup owners. But the hunky-dory ride is almost over as the investors are after profits and want return on their investments.

In an interaction with an online news website, the PepperTap CEO Navneet Singh confirmed the decision to close its operations.

If experts are to be believed, it is probable to see many more closures of this kind in the coming months. There is huge pressure on Indian startups to show the future roadmap for the investors, particularly after Flipkart’s scaled down valuation by Morgan Stanley. The shutdown has raised serious questions on the fate of other consumer centric on-demand businesses. Analysts view this closure as consolidation of the market. But this has certainly put pressure on the competition both in the grocery as well as the ecommerce space. PepperTab was hyper-funded startup with $51 million risk capital from investors such as Sequoia Capital, SAIF Partners and Snapdeal.

For many, PepperTap closure does not come as a surprise. After its decision to roll back operations in many cities a month back, speculations were rife around that the company was in real trouble. At the same time, it struggled to process considerable orders in a month which prompted the company to sack over 200 employees a few days ago.

Launched by Navneet and Millind Sharma in November 2014, PepperTap walks into the sunset in less than two years. Its competition is equally mired in losses. Softbank-backed Grofers also rolled back from nine cities in January this year to sustain and curb costs.