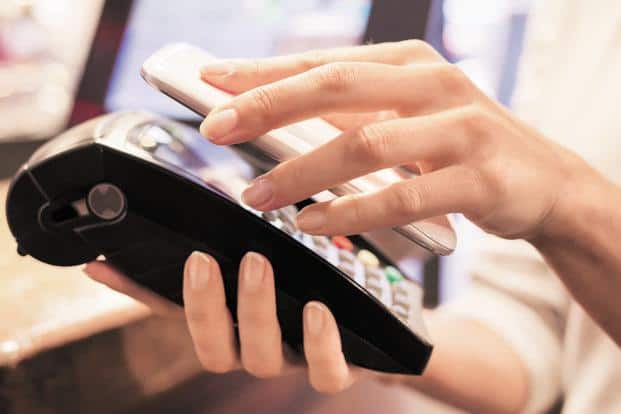 BharatQR was devised based on the direction set by the Reserve Bank of India (RBI) in September 2016 and its Payments Vision 2018, which outlines innovation, interoperability, and security as the three pillars to facilitate India’s transition to a less–cash society.

Launching the solution,  R. Gandhi, Deputy Governor, Reserve Bank of India, said, “This is a momentous occasion for the payments industry in India with the launch of this global first of kind low cost interoperable mobile based acceptance solution. I would like to congratulate the payment networks for their enthusiastic collaboration to develop this solution. Innovative interoperable solutions, like BharatQR, that are easy to scale, provide a seamless customer experience, and above all are safe and secure, are essential to accelerating India’s transition to a less–cash society. I am glad that India is setting yet another standard in the payment arena for others to adopt.”

BharatQR has three key benefits. First, consumers will not need to scan different QR codes at the same merchant provided by the different payment networks. Second, merchants will only need to display one QR code at the storefront or through the acquiring bank’s mobile application. Third, the underlying specification for BharatQR can be implemented in other countries to deliver a globally interoperable solution.

Importantly, the implementation of the BharatQR standards will be seamless and only happen at the backend, meaning merchants do not need to change their existing QR codes.

NPCI, Mastercard and Visa developed BharatQR with provisions for three additional fields: 1) Bank account and IFS code, 2) Unified Payments Interface, and 3) Aadhaar. These additional fields provide banks the option to populate them as QR based payments scale in the country. American Express is also on board to adopt these standards.

Shri. Rajeev Rishi, Chairman, IBA and CMD, Central Bank of India stated, “BHARAT QR is another initiative in the Digital India journey. Using Smart phones it makes payments simple and easy for customers and the merchants across the country, from their debit, credit, and pre-paid cards using a QR code common across all Banks and Card Networks. It does not require a POS machine. It is another step towards digitalization of banking transactions.”

A. P. Hota, Managing Director & CEO, National Payments Corporation of India (NPCI), said:
With over 330 million debit cards in circulation, RuPay has emerged as one of the most successful home grown card networks in the world. BharatQR code initiative is yet another transformational step towards building a less-cash economy at an insignificant cost. We believe that integration of Unified Payments Interface (UPI) in this service will boost the adoption rate among merchants as well as customers at large. We are pleased to collaborate with international card network companies for facilitating interoperability and to cater to India’s vast population.

“Mastercard welcomes and supports the government’s move to introduce BharatQR. With the objective of providing a fast, convenient and secure payment solution for consumers and a reliable and instant acceptance offering for merchants, Mastercard developed the first of its kind “Made in India,” global interoperable payment solution at its technology center in Vadodara. We are look forward to leveraging our technology backbone and partnering with the government and the industry to create a robust, safe & secure digital payments ecosystem.”

“We are proud to have contributed to the development of BharatQR as we believe it has the potential to significantly accelerate the growth of electronic payments acceptance in the country. This is especially true for small merchants, as it is low cost and easy to implement, eliminating the need for traditional POS hardware. The success of mVisa has proven a QR code solution to be scalable, secure and easy to use, with acceptance at more than 60,000 merchants across the country. We look forward to continuing to partner with our clients, merchants and the government to innovate and to expand access to digital payments in India.”

BharatQR’s interoperability, coupled with the low-cost acceptance method, will facilitate rapid adoption by smartphone users who will simply have to “scan to pay”. Described in the industry as “push payments”, such transactions are considered highly secure as they are “customer–initiated”, instead of “merchant–initiated” and no personal information needs to be shared with the merchant.

According to International Data Corporation (IDC) that the “smartphone market in India crossed the 30 million unit shipments milestone for the first time ever in a quarter in CY Q3 2016 maintaining its healthy traction with 11 percent year–on–year growth”.

“Bharat QR is a path breaking initiative to bring quick, easy and affordable payments to both merchants and consumers. American Express is proud to be part of this ‘global first capability’, which will significantly contribute towards growth of Digital India.”

RBL Bank announced that through strategic support from Mastercard, the bank has added over 500,000…