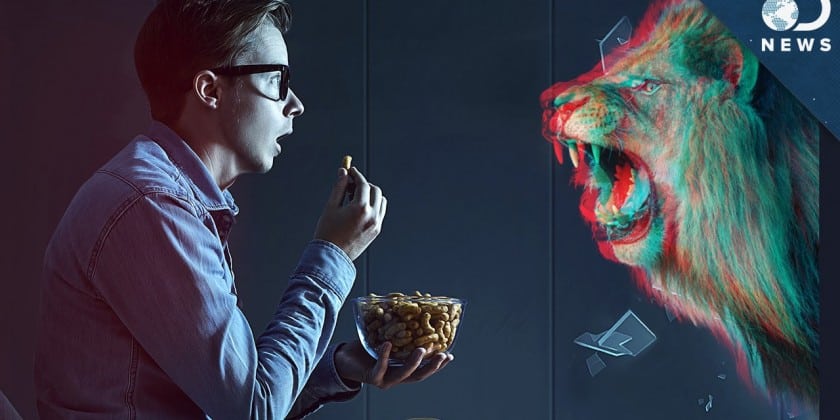 Now, this is interesting news! Watching movies without wearing those huge and rimmed 3D glasses in multiplexes and cinema halls will soon be a thing of the past for all movie goers. Yes, this is indeed true! How did this happen all of a sudden? We will now see the motive behind it.

The Massachusetts Institute of Technology is currently developing a movie screen that can project large-scale 3D images, which is good enough for the viewers to watch with their naked eyes, without the use of 3D glasses. This invention is done by the collaboration of a researcher team from MIT’s Computer Science and Artificial Intelligence Lab (CSAIL) and Israel’s Weizmann Institute of Science.

Wojciech Matusik, a professor and a leading participant in this research said that – “The existing approaches of watching 3D movies, by wearing goofy 3-D glasses are complexly tiring and impractical. So, we have tried to invent a glasses-free 3-D screen, which will allow the viewers to watch the movie without glasses. Also, this is the first technical approach that allows for glasses-free 3D on a large scale.”

Gordon Wetzstein, an assistant professor of Stanford University said that – “This screen technology would allow the viewers to watch movies from any corner of the movie theatres without wearing glasses. The ‘Cinema 3D’ projects images through multiple lenses and mirrors, allowing viewers to watch a 3D movie from anywhere in the theater without having to use glasses,” he further commented.
“There is no specific time at this point,” said MIT lab spokesman Adam Conner-Simons. “It isn’t yet even known whether such a system would necessarily be fiscally feasible. Today’s 3D cinema movies can be converted into our 3D format, but we expect that the new footage will be created especially for our displays, perhaps with a much larger number of cameras,” he further added.

The above process of watching movies without 3D glasses is called autostereoscopy. It means that binocular perception of 3D depth is added to the LCD screen, without the use of special headgear or glasses. This has led to a phenomenon called “glass-less 3D”.

In a video released by the MIT Lab recently, it shows a live demonstration of the new Cinema 3D technology. It delivers a narrow range of angular images to each individual seat in cinema halls. It is generally achieved by using an array of mirrors and lenses to make the 3D effect perfectly viewable and visible from many angles.

It then sends laser beams into four different directions. Hence, many types of different pictures are clearly seen from different angles. The angular resolution is very fine, so that the left eye is presented a different picture than the right one, hence creating a 3D effect. In its current prototype form, Cinema 3D can project to a screen about the size of a sheet of paper easily.

However, the display is very vivid, as compared to a movie screen. Therefore, it can be used in outdoor areas. Furthermore, the newly-developed display shows hundreds of new pictures. One can get a view of the displayed object from different directions, because of the passage of laser beams into the LCD screen, just like passing a real object, which we see in current 3D glasses, virtually.

Sounds interesting isn’t it? Well, let us hope that the new technology overcomes the early and upcoming hurdles and delivers the best cinema viewing experience to all movie lovers over the globe.

A video editing app featuring out of the world 3D effects, sounds like a dream…