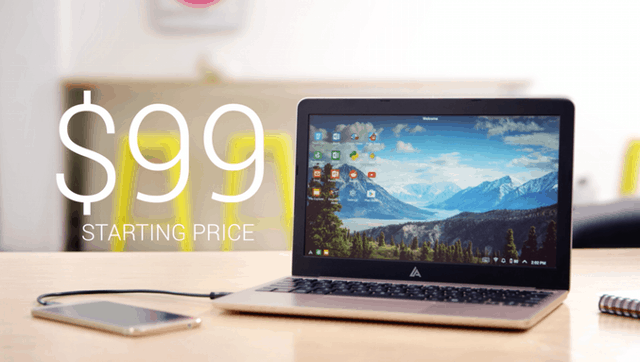 This headline will surely confuse you a bit? But, this is the truth! Now, you can seamlessly use your own Android phone as your connecting laptop soon. How’s this possible? I will let out the secret now.

The US-based Andromium Inc. has developed a new application recently, that lets your Android phone, tether with your already operational laptop, titled ‘Superbook’. For this app to work perfectly, you need to buy a laptop dock for your Android smartphone that will let you connect from your phone to the laptop instantly.

“With the Superbook, you can do everything you can do on a laptop and more. With desktop-class browsing, access to office applications, games, and even programming, the opportunities are limitless,” Andromium Inc. said in its project description on Kickstarter.

“It is essentially a ‘dumb terminal’ – a notebook without a processor but with a keyboard, battery, trackpad and display. The new device on Kickstarter doubles up your smartphone as your computer too”, said Andrew Jiang, co-founder of Andromium Inc.

The new app has been developed by Andrew Jiang and his team at Andromium Inc, the Superbookis in the form of a large screen, along with a keyboard and multi-touch trackpad. It is having a good battery life of around 12 hours and phone-charging capabilities as well.

The features and the process of the new app are very much similar to Microsoft’s new Continuum feature, released for Windows 10 earlier. This enables users to have smoother transitions between a default interface mode designed for use with a keyboard and mouse, and an interface designed for touchscreen devices.

If you enable the Tablet mode, it switches the primary interface to a full screen version of the Start menu, and opens all applications in a maximized view by default. The taskbar is also modified, adding a Back button next to the Start button.

The main aim for this is to make it more computers more convenient and affordable enough for people in many developing countries like India, where the laptops can be made portable enough to fit their size in the pockets easily..When plugged into the Android smartphone, it launches an app to deliver the full laptop experience.

In short, it is essentially the‘Android Continuum’ that lets you work seamlessly.

The new app also enables mouse cursor, keyboard shortcuts, full-screen operation of the Google Play Store apps, and the Microsoft Office suite of any version that you are using. By chance, if your smartphone is being updated, then your laptop is also being updated simultaneously.

For the new app to work, your phone should be running  above Android 5.0 version and have atleast 1.5 GB of RAM space, a dual-core processor and around 20-25 MB of free space. You can plug in using any recognised data cable or theMicroUSB cable also.

Download the new app and get your existing Android phone and laptop ready! And when you are ready to go, see the mobile environment in a bigger space which is very much visible to your eyes. Enjoy the challenge after that!