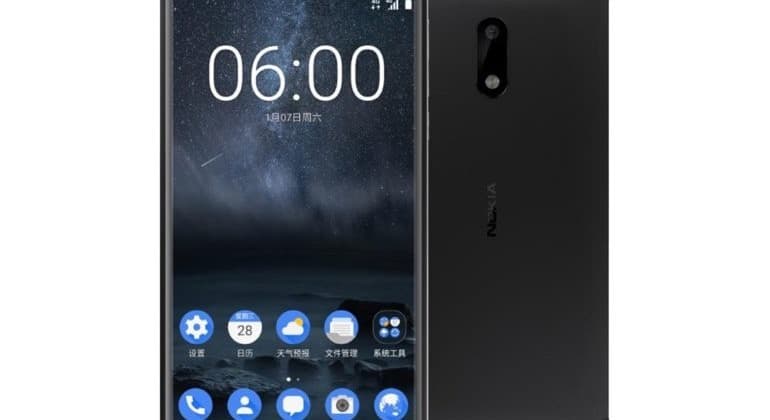 HMD Global, which holds rights to the name (Nokia) have announced the launch of its first android phone Nokia 6. This device marks Nokia’s return to the smartphone market after a series of Windows Phone market. The phone has been priced at 1699 CNY (approximately Rs 17000).

Nokia once used to dominate the phone market but struggled after the launch of other mobile companies. With the launch of this phone, it is anticipated that it will be back in the business after a long time. This phone marks the brand’s first device to come powered with Google’s Android OS.

The phone is launched exclusively for the Chinese market. According to reports, the company launched their phone in China because they wanted to meet the real world needs of consumers in different markets around the world. The phone will be available through JD.com.

“With over 552 million smartphone users in China in 2016, a figure that is predicted to grow to more than 593 million users by 2017, it is a strategically important market where premium design and quality is highly valued by consumers,” the firm said in a statement.

Nestor Xu, Vice President Greater China, HMD Global said: “China is the largest and most competitive smartphone market in the world. It is no coincidence that we have chosen to bring our first Android device to China with a long-term partner. JD.com is known for its upwardly mobile customer base and it has for many years believed in the Nokia brand and sold millions of our products to Chinese customers. Launching our first smartphone device, in such a strategically important market, with JD.com a trusted online retailer marks a signal of intent.”

According to reports, the company have no plan to launch the phone in the global market. But Indian consumers can hope for the launch in near future as Nokia still owns a manufacturing factory in Chennai. The company may start manufacturing the phones in India and support the Make In India initiative.

– The phone comes with a 5.50-inch touchscreen display with a resolution of 1080 pixels and has 2.5D Gorilla curved glass display.

– It is powered by an Octa-Core Qualcomm Snapdragon 430 processor.

– It has a 16-megapixel rear camera with phase-detection auto-focus (PDAF), an 8-megapixel front-facing camera, 1.0um sensor and dual-tone LED flash

– The phone has 64GB of internal storage which can be expanded up to 128GB via a microSD card.

HMD Global has indicated that the Nokia 6 won’t be the only device releasing this year. The company states in their press release that more Nokia Branded android smartphones will be released this year.