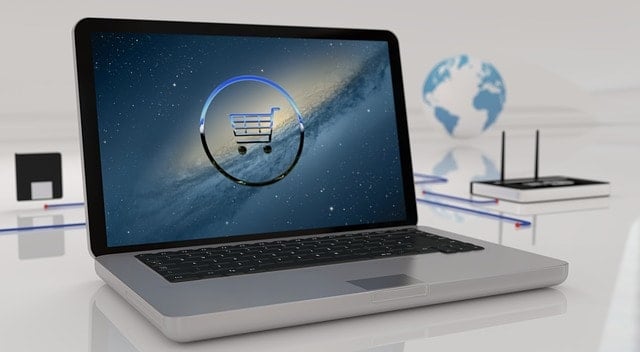 E-commerce is on the rise in India and shows no signs of slowing down in the near future. At present, India is the fastest-growing e-commerce market globally, with a report jointly issued by NASSCOM and PricewaterhouseCoopers (PWC) estimating it to grow from USD 39 billion in 2017 to USD 150 billion by 2022. This compounded annual growth rate of 35 percent is the highest in the world and is driven by rising incomes and socio-economic standards, increasing digitisation, and a steady shift in consumer preferences from brick-and-mortar stores to digital storefronts. And while these numbers are undoubtedly staggering, and sure to cheer the heart of the many corporations operating in the space, they represent but a fraction of the potential India truly holds as a market.

A prime example of the market’s true scope can be gleaned from the following figures. The retail market is India is currently estimated to be worth USD 600 billion. That means that, at present, e-commerce comprises only 5 percent of the total. Compare that to the 15 percent stake e-commerce has in the US market, and it becomes clear that there’s still plenty of room for growth.

This is primarily due to the fact that vast sections of India’s population have yet to come online, despite efforts like the Digital India initiative and the increasing prevalence and affordability of smartphones and data packages. As per the ‘Indian Telecom Services Performance Indicator Reports, released by the Telecom Regulatory Authority of India (TRAI) in 2019, India’s total internet user base is set to grow from 665 million as of this year to 829 million by 2021. With over 200 million people set to enter the marketplace in the coming years, the inherent potential of the market is undeniable. And yet, the e-commerce sector remains highly underpenetrated, with only 50 million online shoppers, of whom a mere 20 million are active monthly purchasers.

This gap is indicative of a serious issue, one that needs to be tackled with the greatest of urgency if India is to maintain its supremacy as a global e-commerce lynchpin. It is therefore vital that the corporate sector join hands with the government in order to ensure that these transitions occur seamlessly and with minimal disruption, in order to maintain the sector’s future potential. To that end, it is imperative that a holistic e-commerce framework be established, one which incorporates best governance practices while simultaneously catering to the unique needs and demands of this vast new consumer base.

For the former, a number of key reforms are necessitated. Foremost among these is the implementation of a robust physical and digital infrastructure, one capable of handling the immense load placed upon it daily. Equally important are efforts to promote a shift to a digital economy. While the government has taken a valuable first step through the implementation of the Unified Payments Interface (UPI) system, further efforts are needed via the expansion of formal banking and easy credit facilities for the masses. These efforts can further be complemented by a number of other steps to promote the ease of manufacturing and operation in India. These include increased government support for Make in India initiatives, particularly through the establishment of industrial corridors, logistics parks, and Special Economic Zones (SEZ). This can further be enhanced by the promotion of robust data protection frameworks along the lines of the EU’s General Data Protection Regulation (GDPR), levelling the playing field between offline and online players in terms of indirect taxation, and easing restrictions on cross-border e-commerce transactions.

In this instance, the key challenges to overcome are a diverse array of vernacular languages, an unfamiliarity with digital systems, and preferences for an eclectic array of products across micro-markets. All of these factors demand the implementation of an appropriate omni-channel strategy. By combining this with a robust offline-to-online model, assisted sales, and product curation, these new entrants to the e-commerce market can look forward to a smooth integration into the wider e-commerce ecosystem.

At present, 70 percent of e-commerce customers are male, with the average age fixed at 25. But as India continues along its path to digitisation these figures are set to drastically change. Women are set to claim an equal share in the market, while the average age is expected to rise to 28 years. The standard ticket size is also estimated to undergo a transformation – as people become more accustomed to shopping online, the ordering of basic necessities will outpace discretionary purchases, leading to smaller overall ticket sizes.

To keep up with these changing demands, it is crucial that the logistics sector be organised and efficient. Unfortunately, the sector as it currently stands is disorganised and fragmented and poses a major threat to the growth of the sector.

Comprising 13 percent of India’s GDP, this figure stands at nearly double the logistics cost to GDP ratio of developed countries such as the US, Hong Kong, and France. The primary reasons for this underperformance are market inefficiencies and underdevelopment. This is most prominently manifested in Return to Origin (RTO) rates across India, especially when Cash on Delivery (COD) orders are involved. At present, COD rates stand at close to 90 percent in Tier III and IV cities, as compared to 50 percent in metros.

However, RTO rates are practically doubled in these same cities. These numbers are indicative of the efficiency gap in the Indian logistics industry, especially in India’s hinterlands, and serve as a stark warning for the future. If not addressed now, India will find itself caught between the rapidly growing demand for logistics on one end and a fragmented and inefficient logistics ecosystem on the other.

The introduction of new-age logistics partners, and the advent of technologies such as Artificial Intelligence and Machine Learning, offers a solution to these issues, allowing e-commerce companies to reduce RTO rates and confidently serve the needs of Indians across the country. Much of this challenge has also been taken up by a select group of startups, all of whom are applying myriad technologies to close this gap and optimise the efficient functioning of the system. In recent years, these efforts have started to bear fruit, resulting in venture capital firms committing their money and trust to these pioneers. In the past five months of 2019 alone, the logistics sector has already witnessed a capital infusion of $6.25 billion. That’s more than a six-fold increase from the amount it raised last year.

However, in order to tackle the myriad issues facing the sector, a collaborative partnership is required between all of the stakeholders involved – be they governmental, corporate, or individual. It is only then that India’s full potential as an e-commerce destination will be achieved.

Posted by: DQINDIA Online
View more posts
Next frontier for growth in e-commerce: How can it penetrate further in India? 0 out of 5 based on 0 ratings. 0 user reviews.
Paytm Bank has issued 3 million FASTags so far
Infosys Dismisses Whistleblower Allegations after Independent Inquiry

Artificial intelligence is not only enabling businesses to drive productivity and efficiency by making smarter,…

Neo-banks: The future of Indian banking

With the banking industry’s strategy shifting towards delivering a rich customer experience and adopting open-banking,…