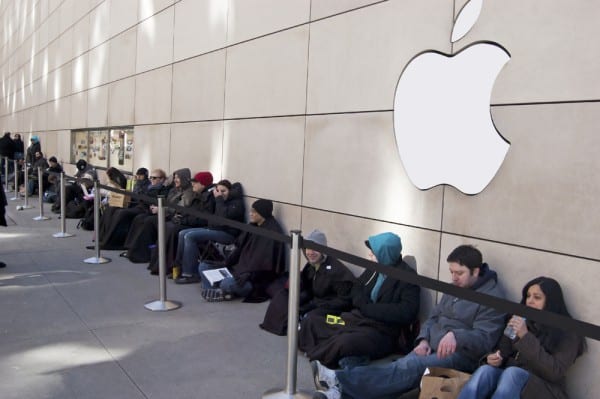 New research from F-Secure highlights some of the ways Apple users are unique – and similar – to people using other devices. The survey asked 2,000 Americans what device they used the most during their free time, and collected responses from approximately 1000 “Apple respondents” and 1000 “non-Apple respondents”.

F-Secure conducted the research survey in April 2015* to get a better grasp on how people using different devices have different security and privacy needs. F-Secure asked the respondents 20 questions about what sort of devices they use, why they use them, and how they view different aspects of their online privacy and security. Some of the more interesting findings included:

According to F-Secure Security Advisor Sean Sullivan, the results paint a picture of Apple users as more mobile and more open to taking online risks, but also more open to adopting technologies that allow them to manage those risks. “It’s interesting because people in the Apple community see it as being safer than others, and perhaps that’s why they’re more mobile and flexible when it comes to where they’re willing to make commercial transactions. More Apple users have used VPNs, so more of them seem to be aware of both the problems and solutions to their online privacy.”

Sullivan was not surprised to see that the majority of all respondents felt that their community was less vulnerable, but was surprised that creative respondents seemed to contradict this trend. “It’s textbook optimism bias – a well-known psychological phenomenon. But what was fascinating was that creatives exhibited less optimism bias than efficients,” he said. “I’m speculating, but this may be because creatives are better at imagining threats. And if you take into account the way Apple users skew towards the creative, you could say that Apple users are less delusional about their security.”

While Sullivan is a self-professed “Windows guy”, he regularly and enthusiastically uses Freedome on his iPad. “The clean interface and comprehensive set of features is the kind of design that I think is important to Apple users, so it’s an ideal privacy and security solution for people using Apple devices.”