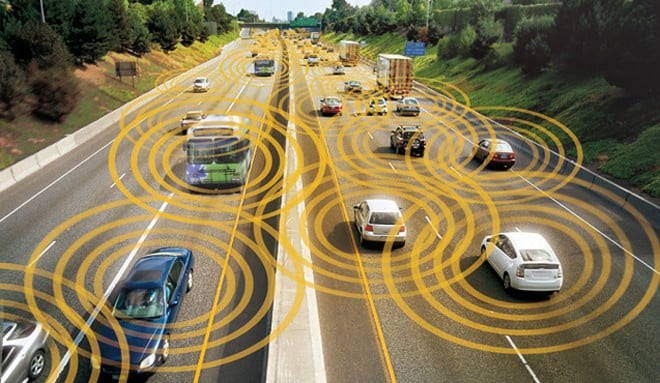 The cars as we know them have undergone a meteoric transformation, more so, in the last few years versus the past decade. And the Indian car market has been at the forefront of this evolution.

Technology has pushed the envelope for the automotive sector in the last five years and has resulted in reincarnation of our very own bare-bone cars. In fact, it has turned fantasies into reality and in some cases even made the unthinkable possible.

We’ve borne witness to breakthrough technology in the last five years and have seen cars metamorphose into intuitive, driver friendly and even smart vehicles.

The touchscreens were the first of the disrupters to arrive. Introduced almost a decade back these replaced the traditional single and double din music systems. But their potential was only to be realised in the following years.

Touchscreen systems opened up a plethora of opportunities to do more and to pack-in more. It offered car makers a perceptible, feel-good, and strong value-add option to differentiate it from the others. And so with every new launch, and update, came more features stacked on top of what was already up for sell.

As manufacturers continued to focus on making the in-car experience more seamless and hassle – free, in came the voice commands. These were basic at first and could only help you make a call or change the music track. Then came Apple CarPlay and Android Auto, and suddenly your touchscreen system transformed into your smart phone. An abbreviated version yes but a phone nonetheless. So now not only could you make calls and switch tracks, you could also ask the car to read and reply to your WhatsApp messages, setup navigation and read emails.

But, it didn’t end there. Touchscreen systems transformed into elaborate multimedia systems and could now throw out a variety of info, a lot of it which one didn’t even need! From trip computers to in-car diagnostics; from managing climate control to ambient lighting; and even info on how much power and torque one was using, was all there for the taking. In fact, some systems progressed so much that they started judging you for your driving ability; scoring you through points and leaving messages if you didn’t meet its expectations!

But, as with most things tech, in a few years, having an elaborate multimedia system wasn’t an edge anymore. It was the norm. Almost everyone had it. So as we continued to drive the roads to the tech revolution, it was time to innovate yet again!

That innovation comes in the form of connected car technology. And as it turns out, it’s one of the few new tech innovations that made its presence felt in the mass market segment first followed by the luxury end of the market. And here too – as it was the case with touchscreen multimedia systems when introduced – we have only just scratched the surface.

Connected car tech today in the broadest sense allows the user or owner to do three essential things. One, it allows the user to interact with the car systems. So having downloaded a dedicated app, an owner or user can remote start the car or its climate control system; check its fuel level or battery status; and remain updated regarding the trip history.

The other bit that connected car tech allows the owner to do is to keep a keen eye on how the car is being used. So things like over-speeding, or the car leaving its geo-fenced area, or if it has been idling for too long, are all sent as warnings to the owner. And of course there’s the safety bit built into the connected car tech as well. Things like SOS, auto crash notification, panic notification, and stolen vehicle notification are all part of the package.

Finally, you have the concierge service. Push a button when driving and a call centre employee attached to your car maker picks up the phone. Now, he or she is at your service. Want to know where you might get the best Thai food, or where the closest fuel station is, or where your favourite movie is playing? Well, the person at your service will not only tell you where and when, he or she will also send the coordinates of the location directly to your car’s satnav so you can drive straight there. And yes, it is as easy (not to mention safe) as it reads.

And here’s the kicker: Connected car tech as it turns out isn’t prohibitively expensive. And that means it will continue to be honed and polished and built upon for years to come. Not just that, it will soon be common place even among affordable cars.

But, the new frontier; the new tech battle ground in cars, will be ADAS or Advanced Driver-Assistance Systems. Now, it’s already a big differentiator among brands and models internationally, and it will grow in significance in India as well.

Agreed, the tech involved here isn’t cheap and requires fair amount of testing; it’s also not something Indian car consumers are demanding or are even completely aware about. And therefore – even though these systems have made sporadic cameos – no one is really racing towards introducing these systems as mainstream items just yet.

However, if there’s anything that MG Motors has shown us here in India, it’s that even if a prospect doesn’t know about a tech in a car, if the tech is brag worthy, it can persuade prospects into buying a particular car. Systems like adaptive cruise control, lane assist, blind spot recognition, fatigue alert, and possibly even automatic emergency braking, are such features.

And believe it or not, car makers are already readying these systems at shocking low prices in India so that they can make an appearance even in your Rs 12 lakh SUV.

The future is expected to augur a new era of automation churning out cars that have a stronger build and are sharper, smarter and smoother. Cars will be more safety-inclined, accident – averse, pro-comfort, experience-centric, driver-empathetic, intuitive and eco-conscious. The future is here!

The author is Rajeev Kumar, CTO, CarWale and BikeWale

Posted by: DQINDIA Online
View more posts
The new frontier with technology for automobile 0 out of 5 based on 0 ratings. 0 user reviews.
IIT Kanpur Invites Applications for Online Course on Criminal Justice Data Analysis
CoWIN App Begins Vaccine Registration Below 45 Years, Here’s When Appointments Can Be Scheduled