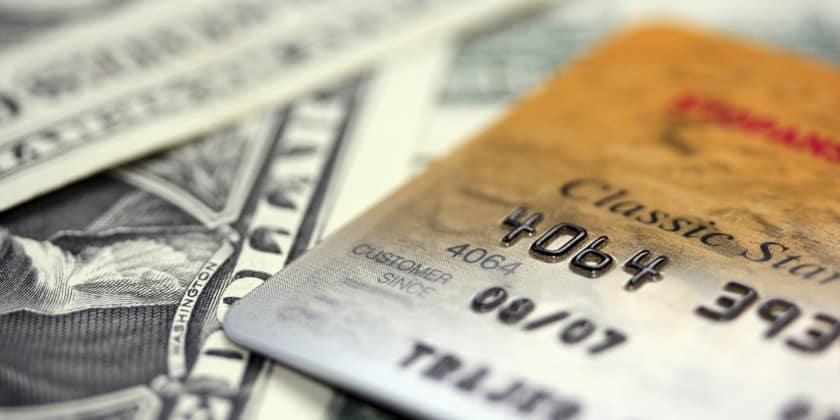 It is often said that we never see disruption coming and we only realize it when it is here and established as the new normal. In the Indian banking and Fintech context though, an interesting turn of events have occurred – the resources and environment needed for Banking, Financial Inclusion, Payments and Fintech Disruption are all set, awaiting disruption to actually happen.

Listing a few facts that are the key building blocks of the expected banking disruption – these have all occurred over the past 2 years and each of these would have been a road block if disruption in Banking, Payments or Fintech had to happen earlier.
But now they are all Enablers in the way banking will be done in India.

1. The Aadhar and India Stack

Aadhar is a one of it’s kind Digital Customer Identity Database built on the concept of unique biometric based identity matching, as an open platform.

There are not many systems that have a billion plus consumers, and those that exist are the likes of Google & Facebook which are in the realm of a for – profit platform valued at many billions. Aadhar, on the contrary, is an open and inclusive platform as it covers the poorest of the poor and has been put in place for public good.

The Aadhar ecosystem not only provides a verifiable KYC for the Banks and Fintechs to leverage on, but enables paperless KYC documentation and transaction ease through digital biometric authorization. For a customer, this is clearly the next step in ‘convenience banking’.

This is ‘enabling disruption’ that would form an integral component in the design of truly original and innovative new age Banks, Financial Institutions and Fintechs. It establishes the new normal of KYC, transaction authentication and a paperless Digital ecosystem.

Hitherto, financial inclusion was largely confined to establishing a mass of non-operative closed system bank accounts,with directed financing focused on segments of priority sector.Benefit to the masses was delivered through a system of agencies (or agents).

What the trilogy of Jandhan, Mudra and Direct Benefit Transfer has done is to ensure that accounts are on an open core banking platform, connected with payment systems through the Rupay &  National ATM network rather than a closed no-frill system as in the previous avatar.

Further linkage of Life Insurance as benefit to such accounts, Aadhar linkage and Direct Benefit Transfer will ensure that these accounts stay active & operative. The Mudra element is ensuring that the micro enterprises and small businesses actually get loans & credit to expand.

This has been a comprehensive approach to financial inclusion,and more importantly, has enabled an environment providing access to full-fledged banking to Base of Pyramid consumers and micro and small businesses.

If the first decade of this Millennium was all about Mobiles in the hand of everyone, this one is about smart phones that are nearly (if not more) powerful than computers in the hands of everyone.  India has been rapidly adopting smart phones and in a 3-4 year span everyone will have a smart phone.

This completely changes the digital infrastructure of the nation which enables banks,  FIs and Fintechs to think ‘mobile first’ and attain a reach unimaginable in the past. It means nearly all financial services can be delivered 24×7 in an instant at the consumer’s hands and eliminates the need for branch driven banking completely.

If we thought that smart phones were alone going to change the game, on top comes the killer combo of 4G and high speed wireless broadband. Now, Banking will truly be in the hands of the customer, with the smart phones becoming a virtual bank branch, with 24/7 access to facilities.

No Bank, Payment Institution or Fintech can now not imagine that in a 3-4 year window every customer is going to transact with it through their phone as the most active channel. A bank that does not design itself for this is setting itself up for failure.

Banks globally have for decades depended on the global payments interchanges such as Visa and Mastercard for their retail payments network.  Then came NPCI and Rupay, India’s own not-for-profit payment platform which has disrupted the payments landscape of the nation.  Be it the Rupay network, the National Financial Switch that ensures open ATM access orAadhar based payments – the entire ecosystem for open low cost payments is now a reality.

The IMPS (Immediate Payment Service) is the first of its kind service in the world, that operates 24x7x365 and enables transactions,not in minutes, but truly in an Instant. IMPS enables anyone and everyone to receive and send payments through a truly open, low cost platform. Simply put, Unified Payment Interface has opened payments ecosystem like email opened communications!.UPI also brings this very innovative and secure idea of payments through a ‘Virtual Payment Address’- A payment address for everyone will mean that the nation will have universal payment addresses penetration even before universal email address penetration.

Banks and Fintechs now have the opportunity to move money exactly at the speed and cost of moving data, without barriers in an interoperable platform courtesy NPCI.

5. The Startups, M-commerce and Capital Availability

The past 2-3 years in India have created an environment of startups that rapidly built powerful business models, scaled up and most importantly changed consumer
behavior.

Who would have thought that the way to buy consumer durables or in fact anything, was first to look up on the M-Commerce stores. That texting meant WhatsApp and not SMS. That travel plans originated from the mobile, be it air, hotel or local taxi. That food at any time of the day, is ordered on the mobile. This is the new India and it is fast spreading from Urban, to Semi Urban consumers.  The Indian consumer has truly demonstrated that consumer behavior is not hard to change at all if the right value proposition and digital experience is provided.

Being a 1.3 billion market with Millennials comprising a significant share, the capital to back these startups and to change consumer behavior has been provided on a war footing, courtesy the global investors.

A bank that does not acknowledge that the Indian consumer is one of the most value seeking consumer, who can change his or her behavior rapidly only and only for the right offering is caught in the dark ages.

6. The regulator joins the disruptive journey

It is often said that regulations drag business models. It is said that disruptions stand on regulatory non-compliance. Do city transport authorities have the right to appoint who drives the taxi? Welcome to Uber. Does the Censor Board decide what can be seen by public at large? Welcome Youtube and Netflix. Does it involve a lot of licenses to run a hotel or accommodation open to public? Welcome Airbnb.

Thus it appears clearly that disruption will have to play on the fringe of regulations, till regulators keep up.  Welcome to the Reserve Bank of India that chose to become part of the impending Financial Disruption as its enabler.

In the history of this nation, banking has been one of the most exclusive franchises by virtue of licensing. A license or two were issued once in a decade by the RBI for setup of new banks. If this were tradition and legacy,  the regulator played its part by awarding 2 universal bank licenses,  21 differentiated bank licenses,  put in place two more categories of different banks (being wholesale & custodial banks) and if this was not enough brought in regulations for licensing on-tap for universal banks all in a matter of 2-3 years. If this is not disruption what is?

It appears the regulator has taken a view of licensing the disruptions and putting in regulations for them even before the disruption happens. It’s as if the regulator is disrupting the play of incumbent banks and welcoming the challenger banks to change the face of Indian banking.
Enablers there, but  new banks have to think very different

Thus with such enablers put in place by the government, financial systems,  capital providers,  technology providers and Regulators, the New Banks have the right  ecosystem  to change the way banking is done in the country as much as the opportunity exists for existing banks. But this will demand a set of new design principles on which these new banks are built.
It will demand new design principles on area such as

The above article is a preface to the in-depth analysis over a 4 part series of the above design principles that new banks have to embrace to change the face of banking in India.