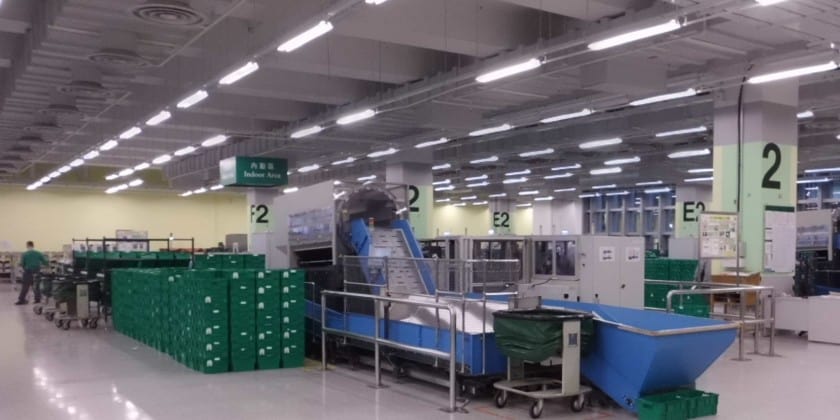 NEC Corporation announced that it has introduced a function for reading and sorting addresses written in traditional Chinese characters to the postal automation systems operated by Hongkong Post, the postal administration of the Hong Kong Special Administrative Region of the People’s Republic of China.

This new function has been introduced to 15 systems delivered to Hongkong Post by NEC on several occasions since 2008 that are currently in operation at the Central Mail Centre in Kowloon Bay. The introduction of this function enables the automatic sorting and processing of up to 564,000 postal items with addresses written in traditional Chinese characters per hour, thereby contributing to the improvement of Hongkong Post’s operational efficiency.

NEC has been doing business with Hongkong Post for approximately 30 years since the postal operator’s introduction of a postal automation system in the latter half of the 1980s. The introduction of this function was made possible by the high acclaim NEC has received over the years for its achievements and technological capabilities.

NEC began developing its postal automation system business in 1961, and has since then delivered systems to postal operators in more than 50 countries around the world. In Japan, domestic postal operators have utilized a function for reading and sorting addresses written in Chinese characters as part of postal automation processing since the 1980s. The introduction of this function by Hongkong Post was made possible by applying the wealth of know how NEC has developed in Japan over the years in reading and sorting addresses written in Chinese characters. Moreover, it has resulted in increased efficiency and a reduction in the amount of time needed for processing.

In the aftermath of Covid-19, companies across the world were compelled to rapidly adopt and…