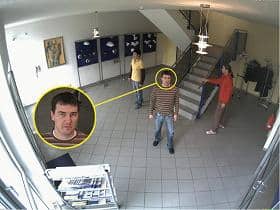 NEC India  announced successful deployment of NEC’s Face Recognition System (FRS) for Surat City Police (Gujarat). Smt. Anandi Ben Patel, Chief Minister of Gujarat inaugurated the landmark deployment at the ‘go-live’ event of the Picture Intelligence Unit (PIU) at Surat Police Headquarters in the city. NEC had commenced deployment of the systems in February 2015 on winning the contract from Surat City Police after multiple stringent rounds of tests and evaluations. The attendees were also given full demo of the capabilities of NEC’s cutting edge NeoFace face recognition technology deployed in Surat, including NeoFace Watch which works with the live CCTV cameras deployed at critical locations in the city and NeoFace Reveal for forensic criminal investigation using recorded videos, still face images and sketches of suspects.  Both the technologies have been deployed successfully in numerous government agencies throughout the world.

Speaking on the successful completion of the project, Koichiro Koide, Managing Director, NEC India said, “We are delighted to announce the successful deployment of our advanced Face Recognition System for Surat Safe City. It is an honour to have partnered with the Surat City Police for building this state-of-the-art Picture Intelligence Unit. Provisioning for citizens’ safety is imperative for any smart city, and our technology can be any Police department’s best ally in ensuring that. We are committed to the Surat City Police in this partnership, and we look forward to more such collaborations with them as well as other cities in the country.”

Shri Rakesh Asthana, Indian Police Service, Police Commissioner of Surat City, said, “We thank NEC for helping us realize our dream of incorporating PIU (Picture Intelligence Unit) in the Surat Safe City Police Command and Control Center. This world’s leading Face Recognition System and Forensic Criminal Investigation System can offer our police department the much required real-time intelligence to ensure the safety of our city and its citizens. We can now proudly say that Surat Safe City is India’s first Safe City”

NeoFace  Reveal is a software solution for forensic investigation that provides law enforcement and crime laboratory agencies with the ability to enhance poor quality latent face images, search against their mugshot databases, and locate potential suspects, while NeoFace Watch integrates with existing video surveillance systems and matches faces in real-time against a watch list of individuals to trigger an alert.

NEC’s face recognition technology has achieved the highest performance evaluationfor the third consecutive time in the recent Face Recognition Vendor Test (FRVT) 2014 performed by the U.S National Institute of Standards and Technology (NIST)*. Test results revealed NEC’s search accuracy as well as the speed of its face recognition algorithms for image search outperforming competitors significantly. The NIST report is considered an industry benchmark for assessing how accurate a face recognition software solution is in one-to-many searching in various circumstances.