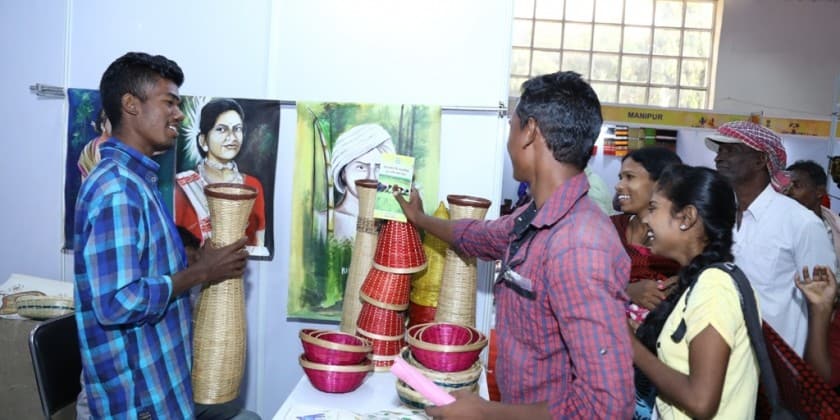 People of different indigenous Indian tribes have gathered together in the national capital to showcase their rich cultural and artistic heritage at the National Tribal Carnival which is also conducting workshops and discussions about problems facing the tribal communities.

At a workshop to discuss the Panchayats (Extension to Scheduled Areas) Act (PESA), tribal activists and government officials discussed the benefits that have accrued to the tribal community from the implementation of the 1996 Act as well as the drawbacks that need to be reformed.

Speaking at the event, Mr. V K Sharma, Joint Secretary, Ministry of Panchayati Raj said that so far five states including Andhra Pradesh, Himachal Pradesh, Rajasthan and Maharashtra have framed their PESA Rules (guidelines) while the other states with tribal populations were yet to do so. He also emphasized the importance of women in Gram Panchayats on the development of fifth scheduled areas. He said the Ministry had launched the PESA Portal which contains all information pertaining to the Act.

The second day of the Carnival saw a rich display of the heritage of India’ diverse tribal populations, giving people a rare opportunity to experience the rich diversity of tribal art, craft, culture and cuisine. Food stalls selling culinary delights, masterpieces of arts and crafts made by tribal artists from various states are on display. In addition, culture programmes staged by tribal artists are showcasing the musical and dance art forms of tribals.  Jharkhand, home to one of India’s largest tribal populations, is a major participant at the carnival.

Jharkhand is showcasing various art forms at the event including Nagpuri, PYKA, Chauu, Samthali, Kharia, Karsha, Mundari. Seven Jharkhand groups, who have enthralled national and international audiences with their performances, performed their folk dances before the Prime Minister at the inaugural function at the Indira Gandhi Stadium. They were part of a 140-strong troupe participating in this prestigious show. 3000 more artists of different tribes will be participating in the carnival. All the costumes for these artists have been designed by Jharcraft.
The Jharkhand troupe also performed the mardana jhummar folk dance at the cultural event.

Mr Ashok Kumar Singh, Director Culture, Tourism Art and Culture, “The tribal populations of Jharkhand have a rich history and heritage including varied folk dance forms, art and handicrafts. This festival is an important occasion to highlight these rich art forms and showcase them to people outside the state. We need more such events to encourage tribals preserve their heritage”.
The Tribal Carnival is held every year. It is part of the government’s efforts to preserve, promote and showcase various facets of the tribal life. It aims to present the tribal culture, tradition, customs and skills before a national audience. It is an opportunity for tribal artists to reach out to the general public and explore the potential of their cultural offerings at a national level.