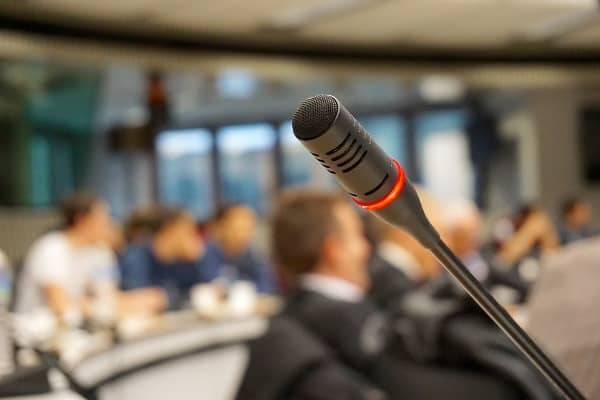 A national conference on the framework for other service providers (OSP) and BPO industry was held at Vigyan Bhavan on 13 May. It saw active participation from Government representatives and industry stakeholders. The conference was convened by CMAI Association of India (CMAI), Telecom Equipment Manufacturers Association of India (TEMA), BPO Council of India with Microsoft as its technical partner and law firm Khaitan & Co as an exclusive knowledge partner for the event.

Prof. N.K. Goyal, President CMAI, in his introductory address welcomed the attendees and set the tone for the conference and felicitated the chief guests Mr SK Gupta, Director General Telecom, DOT, Dr. R.M. Chaturvedi, DDG CS DoT and Mr. U.K. Srivastava, Principal Advisor –TRAI, and other dignitaries who were present for the event.

Dr. R.M. Chaturvedi, DDG CS, DoT in his inaugural address noted that the OSP regime has become more complex with the passage of time. He noted that these complexities have multiplied with expansion of operations and introduction of new technologies, which were non-existent when the guidelines were first introduced. He also commented that the consultation process being undertaken by TRAI is critical for identifying major concern areas and also encouraging discussions with the industry.

In his address, Mr. U.K. Srivastava, Principal Advisor (TRAI) recognized the importance of the outsourcing sector for India’s economy.  He also acknowledged the common concerns being raised by the industry which includes ambiguity in the definition of application services and restricted connectivity permitted to OSPs and hoped that the ongoing consultation process will help in balancing concerns of DoT and concerns of the industry.

A presentation on key issues impacting the OSPs in India was made by Mr. Harsh Walia, Partner at Khaitan & Co. In particular, Mr. Walia presented that there are ambiguities in the applicability of the guidelines due to the way ‘application services’ are defined. He stressed that there is an urgent need to simplify the guidelines and do away with restricted interconnections permitted to an OSP center. Mr. Walia also discussed possibility of permitting cloud based EPABX for OSPs and elaborated on how security concerns can be addressed through technology.

Ms. Laura Carter, Assistant General Counsel at Microsoft Corporation, also highlighted concerns on the complexity of the guidelines and how it is adversely impacting India’s ability to attract new investments. Ms. Carter noted that several provisions in the guidelines are outdated and unnecessary in present day scenario, and place OSPs in a comparatively disadvantageous position. She stressed on the reconsideration of the purpose of OSP Guidelines since concerns of Government related to toll bypass are not relevant in today’s world and the purpose of OSP Guidelines needs to be revisited.

Mr. S.V. Ramana of HCL Technologies summed up the concerns of the industry and emphasized on the need to simplify the OSP Guidelines. He emphasized that increase in cost of operations and stringent regulations are the chief reasons why growth of the OSPs and BPO sector in India has stagnated in recent times. Mr. Ramana stressed that the OSPs need dispensation in true sense to overcome challenges posed by current regime.

Several key officials of the Government including Mr. Arvind Chawla, Mr. Anupam Gupt, Mr. Rajiv Sinha, Mr. R. Shakaya, Mr. S.B. Singh, Dr. Anupam Gupt, Mr. N.K. Chhoker, Mr. R.K. Rastogi and other dignitaries provided their views on the present regime and remarked that there was a need to balance concerns of DoT with requirements of the industry. Mr. Chawla acknowledged that “uncertainty unnerves investment” and therefore clarity must be introduced on many aspects. Mr Shakaya remarked that “most restrictions are in place to ensure that there is no re-routing of calls” and security considerations are of utmost importance.

Importantly, the conference also accorded opportunity to representatives of various companies to voice their concerns. The unanimous view across the industry was that OSP guidelines should be revamped, based on certain core principles and be technology-neutral. Many participants suggested that merely an intimation requirement, as opposed to a registration, should suffice. They also advocated that stringent requirements related to ‘work from home’ should be done away with. Mr. Anish Bhatnagar, General Counsel BT, remarked that the guidelines should focus on the ‘what’ and ‘why’, while leaving the ‘how’ to the industry. This will prevent many companies to look at other countries such as Philippines and Indonesia as options for outsourcing services.

Mr. SK Gupta, Director General Telecom DOT, provided the closing remarks, noting the requirement to maintain a balance between requirements of all stakeholders. He assured that DoT will sincerely look into TRAI’s recommendations in this regard.

In his vote of thanks, Prof. N.K. Goyal expressed gratitude towards the guests, speakers, industry members, volunteers and event partners for their participation. A similar event will be held in Gurugram on 28 May 2019.

Posted by: DQINDIA Online
View more posts
National Conference held on the Need for an Overhaul in Legal Framework for OSP 5 out of 5 based on 1 ratings. 1 user reviews.
LogixGRID Launches Platform to Digitize Manufacturing Logistics
How the Electric Vehicle Space is Evolving in India: Akshay Kashyap, MD, GreenFuel Energy Solutions

Vitti AI, an institution that drives sustainable business value generation by creating an ecosystem of…

From Fear of Taking Away Human Jobs to Serving Patients in COVID Wards: Journey of Made-in-India Robots with Rajeev Karwal

Rajeev Karwal, one of the most amicable IT leaders in the country and the man…