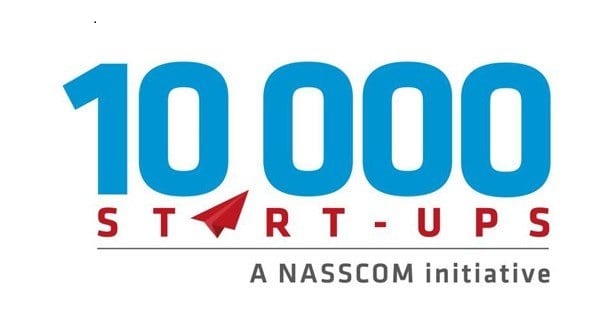 To address the future of urbanization and the growing stress levels on the citizens living in metros, TheNational Association of Software and Services Companies (NASSCOM) 10,000 Startups along with Bengaluru City Police, Embarq India, HackerEarth and IBM, is set to host a two day hackathon ‘The Urban Hack’ on October 3rd and 4th 2015. This will be first-ever smart city hackathon aimed at improving transportation, crime prevention and public safety through the use of technology.

According to the World Resources Institute, Bengaluru city alone has a vehicle for every two people leading to severe traffic congestions and about 3.5 lakhs vehicles are added annually which amounts to 1000 vehicles per day. The number of vehicles on the road has doubled in the last 10 years (24 lakhs in 2005 to over 55 lakhs in 2015) while the BMTC bus fleet – which takes up <1% of road space but carries 40% of the people has increased only by 1.4 times in the same period. Traffic congestions alone costs Bengaluru about 5% of its economic output. This rapid urbanization has resulted in increased commute times and loss of productivity among the working class, compounding the threat of widening income inequality and recurrent crimes as the urban landscape of the city is fast spreading in all directions.

Urban Hack is being organized with an aim to use disruptive technology in order to reduce city’s traffic woes and increase public safety. Developers will be invited to participate in the 24 hours coding marathon which will be held both online and offline. The 10K Start-up Warehouse in Bengaluru will host participants who wish to choose an offline venue, while HackerEarth will host the online participants through its platform.

Registrations for the hackathon will be open from today to September 30th.

Participants can register for the hackathon at https://www.hackerearth.com/sprints/urban-hack/

The participants of the hackathon will get access to IBM’s cloud based technologies and mentors for further guidance. The winners will get to work closely with the Bengaluru city police to pilot the applications. Apart from this, they will get an opportunity to showcase their applications before seed investors and prominent VCs and win an opportunity to qualify for the NASSCOM 10k program. Supporting this hackathon are IBM and EMBARQ India. EMBARQ India will provide all the necessary data on transport.

Abhishek Goyal, DCP, Bangalore Police Department, said,“I congratulate NASSCOM 10K and its partners for this wonderful initiative; wish all the participants from Bangalore and across India to come forward to enable change for social benefits, wishing The Urban-Hack a big success and look to supporting all app creators in this unique hackathon”.

Mr. Rajat Tandon, Vice President, NASSCOM 10,000 start-ups Program, said, “Technological progress means cities and their corresponding governance structures are no longer untouchable entities. They must be connected to their citizens directly, seamlessly. With digital innovation spreading like a creative pandemic across the globe, we must harness its potential for radical reinvention. Urban Hack is one such initiative with Bengaluru City Police, IBM and HackerEarth to empower citizens of India and to support government institutions to deliver tech enabled solutions for the 21st century”.

Sachin Gupta, CEO and co-founder, HackerEarth, said, “There is a huge gap when it comes to technology being used for civic development in India. Urban hack is a great initiative by the Bangalore City Police and we applaud their efforts to bring about a change in the system. The hackathon will be held both online and offline as it will help us to reach out to the larger developer community across the country. It is a call out to all the developers who are also responsible citizens of the country to do their bit and give back to the society in a way best known to them!”

Nilkanth Iyer, Country Leader, Cloud Ecosystem IBM India/South Asia, said, “IBM India is proud to be NASSCOM’s technology partner for the first ever Urban Hack aimed at finding solutions to overcome problems relating to safety and security in public spaces, and urban gridlocks. Technology can play an important role in alleviating and solving big infrastructure challenges, especially those relating to traffic and congestion. The winners will have opportunities to build pilot applications, access to IBM mentors and host of other prizes providing much needed assistance to the garden city’s urban infrastructure and to empower the Smart City initiative in India in accordance with the Digital India vision of the government.”

Jyot Chadha, Head – Initiative to Catalyse Urban Innovation, EMBARQ India, said, “Joint initiatives by urban agencies, private sector and civil society are a must for healthy and safe urban life. At WRI, we are focusing on building such partnerships that provide citizens access to data that helps them take better daily decisions. We hope for this hackathon to be one of the first of many such initiatives”.