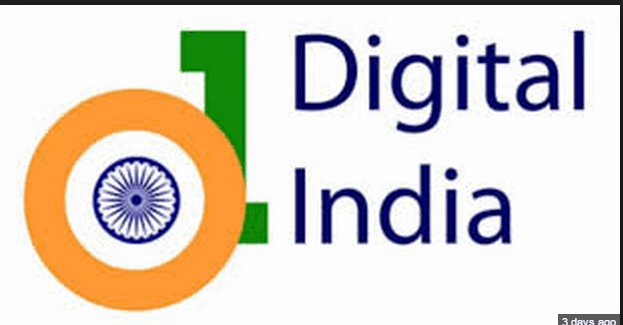 Oracle India: Vineet Kshirsagar, Senior Director & Head – Government Business, Oracle India said, “Today is a landmark day in the history of India. As the Prime Minister launches the Digital India Week, the dream of being an empowered technology-driven economy is one step closer to reality. Our conviction that India will be one of the foremost countries in the world became stronger last year when the initiative was announced and now our excitement has reached a crescendo. We feel Digital India is no longer an initiative by the government, it has evolved into a revolution, a movement. Oracle has been working tirelessly in the Indian public sector over the last two decades and on this momentous day, we are inspired and overwhelmed to see the exhilaration not just from the government but from the citizens of this nation as well. We congratulate the government on this milestone and want to assure the Prime Minister that Oracle is prepared to support his team to make India a force to reckon with.”

Ricoh India: Manoj Kumar, CEO &MD, Ricoh India opines, “The government is taking a big step forward to transform the country into a digitally empowered knowledge economy. Digital India will help in delivering citizen services electronically and improve the way citizens and authorities transact with each other. With India planning to invest billions in the digital India campaign, a number of opportunities are likely to unfold where Ricoh is aiming to work as a partner. We are active in the space of digitization and in mission mode projects. Recently, Ricoh India has bagged a Rs 200 crore project from the Department of Education, Government of Delhi for the implementation and maintenance of ICT solutions across 1,100 schools in the state. Late last year, the company won a Rs 1,370 crore contract from Department of Posts for the supply of hardware solutions under the latter’s modernization initiatives. Besides, the company was also responsible for some large e-governance projects like e-District in Uttar Pradesh, Tamil Nadu Health project, Karnataka Panchayati Raj project and Chattisgarh’s cloud-based tablet solution.”

NetApp: Anil Valluri, President, NetApp India & SAARC said, “Digital India is one of the most significant transformations the country will witness by eventually connecting over a hundred crore people of India, with technology as its focal point. A digitally enabled nation means that citizens will have instantaneous access to government services over the internet, like the Digital locker, e-governance services on demand, access to common service centers among others. The initiative is set digitally empower citizens to use the digital infrastructure as a utility. A digitally enabled nation also means influx of data or influx of terabytes. Digital India would create a huge influx of terabytes and this would mean that the integrity , storage, archival, retrieval and portability of data would be of paramount importance. The Government will need to deploy scale out architectures which can scale as the data volumes grow. Digital India’s success would also be a function of the underlying technology infrastructure with data becoming the nucleus of this thrust.”

Dassault Systems: Dr. Chandan Chowdhury, Managing Director, Dassault Systems India says, “The Digital India Initiative is a welcome move by the government to take India closer to becoming a digitally empowered society and a more robust knowledge economy. The initiative will facilitate greater inclusiveness and connectivity of individuals with relevant information and resources for their benefit. Projects such as Digital Locker System, Swachh Bharat Mission (SBM) Mobile app, MyGov.in are all efforts towards bridging the digital gap in our country. Today, we thrive in the age of consumer experience, and digital India initiative through various programmes is focusing on offering a high end experience. The initiative will enable  people to get engaged in the  innovation process-it’s the next level of growth which the economy will need to move to.”

NEC India: Koichiro Koide, MD, NEC India shares, “We, at NEC India, welcome the launch of PM Modi’s Smart Cities Mission guidelines and the three flagship urban development schemes as it is a great step towards making urbanization as one of the most critical drivers of growth in today’s scenario. We can confidently say that planning a smart city always begins with taking into account the requirements and resources of the city in question, something that cannot be standardized in technical terms. What is commendable is that the three schemes together not only focus on developing 100 smart cities across different states but also commit to readying a few hundred more to become smart cities in the next phase, while making them better immediately for its citizens with better housing and urban transformation. This practical approach clearly indicates the intent of the government of an all-round development for all regions in the country. With this step taken, the launch of the guidelines will help channelizing the resources, funds, expertise in the right direction and will act as a trigger in propelling the development of smart cities mission in India. We will continue to contribute to Indian smart cities mission creating “Solutions for Society,” and our reinvention as a “social value innovator”.

Symantec: Sanjay Rohatgi, Senior Vice President – Sales, Asia, Pacific and Japan, Symantec says, “The ‘Digital India’ program can indeed empower inclusive and sustainable growth by harnessing the power of talent and technology to create the India of tomorrow. With initiatives such as countrywide broadband access and digital locker linked with Aadhaar and mobile, the possibilities are endless. However, people, their information and country’s critical information infrastructure needs to be properly and adequately secured. As the largest cybersecurity organization globally, Symantec is committed to the Digital India initiative. Recognizing the goals of the “Digital India” agenda and inspired by the vision of the Hon’ble Prime Minister Modi and Minister for Communication and Information Technology Mr. Prasad, Symantec recently announced a partnership with NASSCOM that intends to train 50,000 cyber security professionals.”

Lava International: Hari Om Rai, Chairman & Managing Director, Lava International quotes, “Three key pillars that will define India’s transformation into a digitized nation will be Make in India, Skill India and Digital India. And technology will be at the core of this. Being one of the fastest growing smartphone brands in India, Lava is committed to these initiatives. We have already set up our first manufacturing unit in Noida and plan to invest INR 12 billion to scale it up in a phased manner. The facility will be ramped up to eventually have a target production capacity of 100 million phones per annum and employment potential for 100,000 people.”