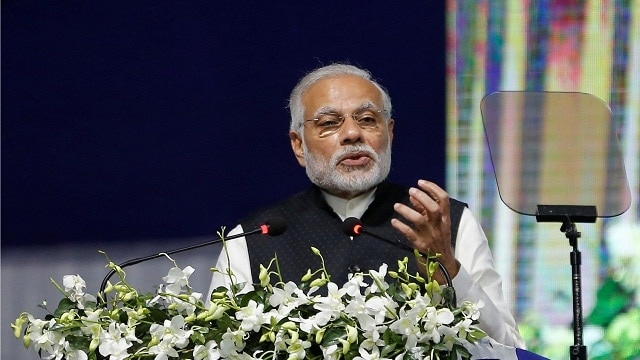 Government of India & Government of Gujarat rolled out the red carpet for Global CEOs, at the 8th Vibrant Gujarat Global Summit in Gandhinagar. More than 50 global CEOs attended an in-camera discussion session with Hon’ble Prime Minister of India Shri Narendra Modi, Chief Minister of Gujarat Shri Vijay Rupani and Union Minister of Finance and Corporate Affairs Shri Arun Jaitley. With the theme of “Transforming India”, the conclave is focusing on fostering a constructive dialogue with positive outcome.

Amit Midha, President of DELL EMC said, “India’s growth story over the last few years has been incredible! Several indicators including a healthy GDP growth rate, ease of doing business, manufacturing environment, FDI growth, financial inclusion and a flourishing start-up ecosystem are witnessing encouraging developments, backed by a progressive government. However for India’s true potential to be realized, these transformational trends need to be evenly spread across India’s diverse demographic and geographic landscape. Our government’s Digital India initiative, complemented with collaborative private participation, will catalyze India’s transition into a digitally empowered society and a knowledge economy. A digitized India will impact industries, enterprises and individuals, making way for futuristic technologies that will lead to never-before-seen transformation at professional and personal levels. There’s no better time than now to do business in India.”

Chairman of Maxxis Group, Tsai Jen Lo said, “Gujarat presents a favorable ecosystem for businesses to flourish. It is growing with its mission to ‘Transform India’. It is rightfully known as ‘India’s Economic Expressway’ and we are extremely satisfied with our investments in the state”.

The interactive session primarily focuses on business environment in India and the required policy framework needed for ease of business in India. Some CEOs will also discuss potential investment opportunities in India.

Mr. Yusuffali M. A., MD of Lulu Group added, “Lulu Group is planning to invest INR 10,000 Crore to INR 12,000 Crores in India. Our Lulu Shopping Mall in Kochi, Kerala is India’s biggest Shopping Mall. In Ahmedabad, we are looking at opportunities to start a Shopping Mall, Hotel and a mini Convention and Exhibition Centre which will attract more tourists to the State of Gujarat.

The outcome of the Global CEO Conclave would not only enable the Government of Gujarat, but also the Government of India to identify the specific action points to become the undisputed leader with regards to global investment friendliness