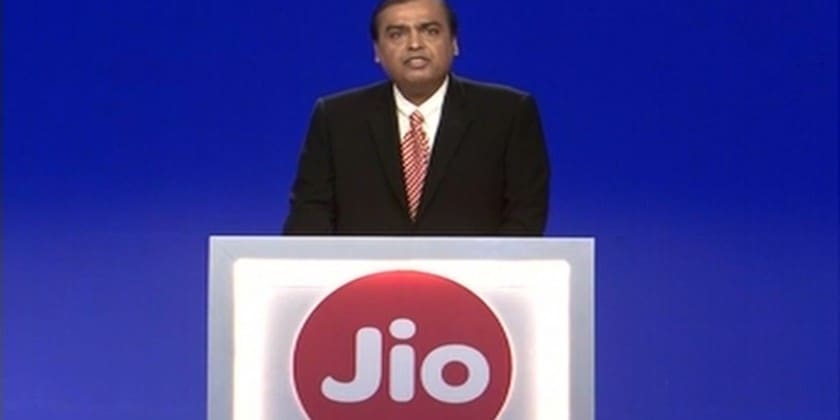 Mukesh Ambani will, however, continue to serve as the Chairman of Jio Platforms, the flagship company that owns all Jio digital services brands including Reliance Jio

Reliance Jio has announced a major rejig in various key positions across various portfolios. Mukesh Ambani has resigned as the director of Reliance Jio effective from close of working hours on 27 June 2022. However, Mukesh Ambani will continue to serve as the Chairman of Jio Platforms, the flagship company that owns all Jio digital services brands including Reliance Jio. Akash Ambani who was serving as the non-executive director has been elevated to chairman of the board of directors of the company.

Why Akash Ambani Has Been Named as Chairman of Reliance Jio

The company has listed the following as Akash Ambani’s achievement:

Akash has been closely involved with the disruptive and inclusive growth path charted by the digital services and consumer retail propositions of Reliance group and is now leading the creation of the ‘convergence dividend’ for over 500 million consumers, digitally and with high-inclusivity across geographies and income levels.

Akash’s elevation as Chairman of Reliance Jio Infocomm recognises the specific contributions made by him to the digital services journey and rededicates him to even higher levels of responsibilities, going forward.

Akash has been closely involved with the creation of the digital ecosystem around Jio’s 4G proposition. He was closely involved with a team of engineers in inventing and launching an India-specs focussed Jiophone in 2017 which became quite a revolutionary device to take many people out of 2G to 4G.

He personally led the key acquisitions made by Reliance Jio in the digital space in the last few years and has also been keenly involved with development of new technologies and capabilities including AI-ML and blockchain.

Akash was integrally involved in the trailblazing global investments by tech majors and investors in 2020, which in many ways catapulted Reliance Jio onto the global investor map.

Akash is expected to continue to operate on the cutting-edges of innovation and technology to encourage an ecosystem that will further digital solutioning and make the power of data and technology more accessible to all, including those who are still at the margin.