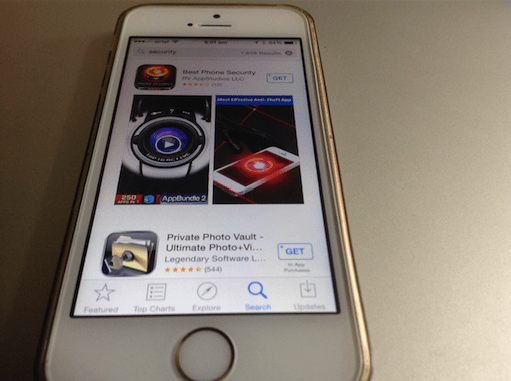 According to a new report by Allied Market Research titled, “Global Mobile Security Market – Solution, Types, OS, Trends, Opportunities, Growth and Forecast, 2013 – 2020”, the global Mobile Security Market would reach $34.8 billion by 2020, registering a CAGR of 40.8% during 2014 – 2020. Bring Your Own Device is the latest trend adopted by most of the SMB companies along with large organizations and is a major reason for the adoption of mobile security software. Smartphones are majorly adopted in Asia Pacific region and contributes largest revenue for the global market which is followed by European countries and Middle East and African countries. Analysis of the market shows that global mobile security market accounts for $3.4 billion in 2013.

Enterprises allowing BYOD expect the primary benefits to be improved-employee satisfaction, increase in productivity and better overall enterprise security. Enterprises are adopting BYOD as an opportunity to invest in the increasing productivity of their employees.

Mobile device platforms have become increasingly notable to hackers and cybercriminals as consumers do most of their transactions through their mobile devices. Individual users contribute to generate a notable revenue where mobile phones and tablets continues to play a critical role in consumer bank-switching decisions. As the customers experience from mobile banking improved and adoption improved, banks and financial institutions realize the need of offering secured financial transactions through mobile devices.

The Email security market suffers from both intense competition and bloated set of vendors. Enterprises have been throwing solutions at the problems raised by viruses, spam, internet security and policy. This results in the broad set of solutions located in many edges of their networks. Thus, antivirus scanning might be on an exchange server adopted by most of the enterprises.

The recent trend reflects the broader adoption of two-factor authentication and its implementation across a wide range of use cases. The challenge for the enterprises is often to maintain the balance between demand and necessities of the security, costs and making sure that the users are not overburdened with inconvenient security measures. According to Hewlett-Packard, IT security companies spend seven out of eight dollars on perimeter defenses.

Key findings of the study:

The emergence of Information and Telecommunication (IT) companies in the developing countries like India, and never ending demand for latest gadgets having advanced technology are the major reasons for the adoption of mobile security software. TheTaiwan government noted an exponential growth in the region for the export of smartphones reaching $480 million in 2014.

Organization for Economic Co-operation and development (OECD) noted a high growth in Information and Communication Technology (ICT) in Asian Countries followed by Germany, UK and France. The exponential rise in the smartphone and tablet market is leading to the ultimate growth of security software. Media reports in China indicate that government in the region is taking advanced measures over national security concerns.

Mobile manufacturing companies like Apple is improving the mobile application management security to ensure that the users of its mobile operating system feel safe and manage their applications as per the need ranging from browsing the web to updating their banking accounts. The company has enforced the stringent protocols that determines the access of software on the device in order to keep the customer safe from malicious software.

Tablet device adoption by business users has been astonishingly quick creating challenges for the tablet security and support. To some extent, Tablets can be treated with same security solutions for smartphones, but they tend to be used differently thus ask for some unique challenges of their own. For enterprises, the proliferation is beneficial as the tablet supports the variety of gestures and knowledge the worker needs.

Women treasure images on Connected Devices more than men, yet fail to protect them