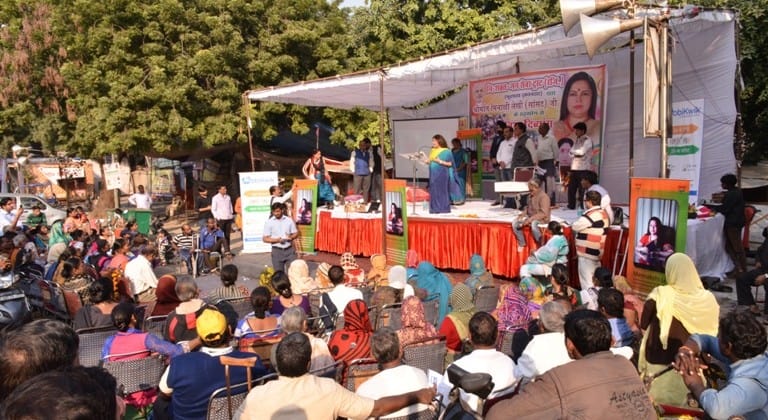 MobiKwik has joined causes with Hon’ble Member of Parliament and BJP National Spokesperson Ms Meenakshi Lekhi in her effort to spread awareness for cashless transactions in Delhi. A preparatory camp was held on Wednesday at the Rashtriya Swayamsevak Sangh (RSS) office in the national capital wherein all office bearers were briefed about the benefits of cashless transactions.

The awareness program is in line with Prime Minister Narendra Modi’s call to take forward his philosophy of a cashless economy by spreading awareness among masses. Talking about the association, the Hon’ble Minister said, “The movement will help masses understand digital payments. We are educating them about UPI, USSD, etc. MobiKwik participates in the camps to educated masses about wallet payments.”

Ms Lekhi has been holding road shows in various parts of the national capital to interact with the traders and help them understand the benefits of a digital economy and in turn hand hold them to adopt digital transactions systems. The latest, and the fourth in the series, of these road shows was organised at the RSS office in the national capital.

Speaking on the partnership, Upasana Taku, Co-founder of MobiKwik said, “By being a partner on these road shows, MobiKwik has been able to rope in an additional 30,000 traders to its existing network of 250,000 merchants. MobiKwik has taken many initiatives to ease the common man’s life. The company was the first to announce free bank transfers that motivated millions of buyers and sellers to transact cashless. The e-wallet firm has witnessed 100X increase in overall traffic and 200 per cent increase in app downloads.