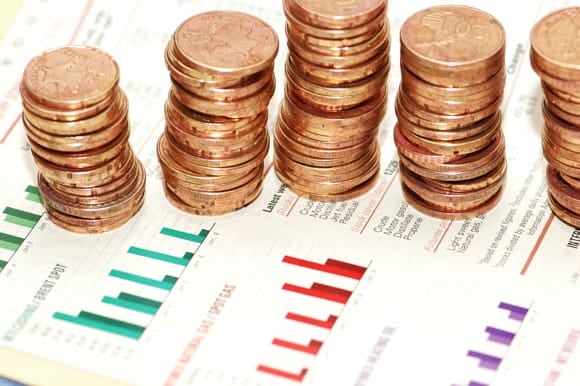 The political turbulence surrounding the formation of a stable, viable government in Berlin may have unsettled consumers, resulting in the atmosphere in February losing the gains it made in the previous month. This places economic and income expectations, as well as propensity to buy, in the same position they were in at the end of 2017. Despite this setback, consumer optimism among German citizens remains high.

The strong upwards curve of economic expectations suffered a setback in February. The indicator fell by 8.8 points to 45.6 points. This loss equates to almost the entirety of the gains made in January. In comparison to the previous year, though, it shows a significant increase of almost 36 points.

Despite losses in this month, consumers continue to view economic prospects with optimism. Germany’s economy is currently running at high capacity and consumers expect this to continue in the coming months. The excellent condition of the labor market, a reduction in unemployment figures and the high number of job vacancies all support this expectation.

These high levels of economic optimism are supported by the official statistics. According to figures from the German Federal Statistical Office, the German economy grew by 2.2% in the previous year, the eighth year in a row. Experts predict similarly positive growth this year.

Having increased for two successive months, income expectations also took a small hit. The decrease of three points was, however, relatively moderate. The indicator is currently at 53.8 points. This is an increase of almost six points in comparison to the previous year. The income indicator remains at a distinctly high level.

Against a backdrop of excellent employment levels, consumers also remain distinctly positive about their income prospects. The first collective agreements to be made are in the metal and electrical industries. These are usually a good indicator of developments throughout the economy. They show that the vast majority of employees can once again expect a rise in real incomes in 2018. Pensioners also stand to benefit since increases in pension payments are based on salary and income growth.

Minimal reduction in propensity to buy

Propensity to buy, too, loses the gains made in January. The indicator fell by 4.1 points to 56.3 points. However, this is still a particularly high score; in comparison to the previous year, tendency to consume is still up by almost five points.

This indicator is influenced by the decreases in economic and income expectations. Despite this, consumer sentiment remains positive. This means retailers can hope for further positive growth in revenue, building on the distinctly positive results of 2017. According to statistics from the German Federal Statistical Office, retail revenues rose by a nominal 4.2% (+2.3% in real terms) in the previous year.

Following on from 11.0 points in February, GfK is predicting a value of 10.8 points for March 2018. That will bring us back to exactly the same position we were in at the beginning of the year. Despite this modest downturn, prospects for consumption remain positive this year. As published in a recent forecast, GfK therefore expects real private consumption to grow by approximately two percent in 2018, which is more or less consistent with the level of the previous year (2017: 2.1%). Further highly positive developments in the labor market form an important part of the foundation for an excellent year for consumption in 2018.

There are, however, still risks which could hamper the consumer climate. Primarily, these are linked to a US trade policy which shows strong tendencies towards protectionism and to the slow progress of the Brexit negotiations. In addition, the formation of a stable German government would further foster the consumer climate.

Surge in laptop, smartphone sales due to consumers equipping for future needs: GfK

GfK is the unparalleled, always-on, AI-powered intelligence platform and consulting service for the consumer products…