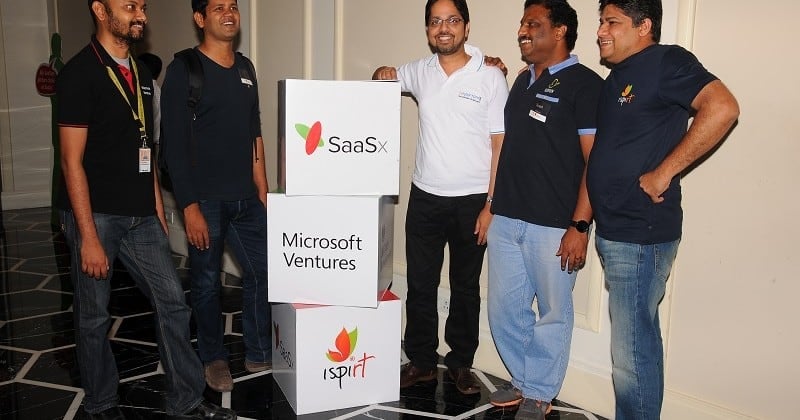 Ravi Narayan, Managing Director, Microsoft Ventures in India, said: “While SaaS is fast becoming a viable model for product start-ups in India, scaling it up rapidly is a bottleneck every mature SaaS start-up encounters. SaaSx, like our other initiatives with iSPIRT, is aimed at getting these start-ups the traction that will turn them into a global success.”
At the event, iSPIRT & Microsoft Ventures launched the ‘Jump Start Guide for Desk Marketing and Selling for SaaS’ to educate the SaaS companies on ways to sell to the world while operating out of India. The guide has been developed based on the learning from Microsoft Ventures’ Think Next Roundtable on SaaS, held last November.

“These are part of the thought leadership initiative by Microsoft Ventures to deepen the conversation on ways to address challenges in the Indian start-up ecosystem,” added Ravi.

Avinash Raghava, Fellow at iSPIRT Foundation said: “Our mission is to transform India into a hub for new-generation technology. With SaaSx, we hope to play the role of a market catalyst and help SaaS entrepreneurs mature faster. Since Chennai is fast growing as the nerve center for SaaS companies, we thought it is only appropriate to host this first-of-its-kind congregation of SaaS entrepreneurs in this city.”

In his keynote, Aaron Ross, renowned SaaS expert and author of the best-seller ‘Predictable Revenue: Grow 300%’ – often called the ‘Sales Bible of Silicon Valley’ – spoke on the best practices for creating predictable revenue with SaaS.
SaaSx also featured an Unconference by Girish Mathrubootham, CEO & Founder, Freshdesk, on ‘Everything on SaaS.’ The audience also got an opportunity to hear success stories of some of the best SaaS start-ups in the country – WebEngage, Wingify, and Grexit – straight from their cofounders.