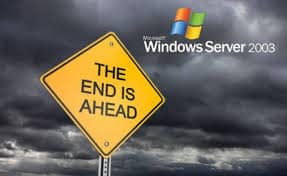 Microsoft will end support for Windows Server 2003 operating system on July 14, 2015.  At the 100-day mark for end of support, CIOs have an opportunity to modernize their business with Windows Server 2012 R2 and Microsoft Azure for improved productivity and operational efficiency.

Tyler Bryson, General Manager – Marketing and Operations, Microsoft said, “With only 100 days remaining for the end of support for Windows Server 2003, it’s time for businesses to accelerate their migration plans. In the mobile-first, cloud-first world, running enterprises on unsupported platforms will not only have cost and security implications, but will also cause enterprises to fall behind on the innovation curve. We urge all businesses to transition to Windows Server 2012 R2 or Microsoft Azure to reduce risks, embrace the latest in platform technology and modernize their infrastructure. Along with our partners, we are committed to help customers to move to modern Microsoft platforms.”

As CIOs in India prepare for this migration, a research by IDC commissioned by Microsoft in Asia highlights that companies that upgraded to Windows Server 2012 R2 witnessed increased productivity and automation, enabling IT to reduce man-hours to run IT infrastructure by 20 – 30 hours per month. The business benefits of migrating to Microsoft Azure and Windows Server 2012 R2 go beyond merely securing the business from threats. By helping enterprises store data on a cloud platform and interpret it better, Azure enables them to gain a competitive edge in the market. The hybrid cloud approach gives customers options as never before for running workloads either in their own datacenters, or in a service provider’s cloud, or in the Microsoft cloud.

Validating this further, Ascentius, an independent research and analytics firm, outlines compelling reasons for businesses to graduate from Windows Server 2003 to Windows Server 2012 R2 and Microsoft Azure, which includes both operational benefits and financial implications.  In a study, commissioned by Microsoft, Ascentius found that while legacy systems present familiarity due to tenure of use, migrating to modern infrastructure will enable businesses to align themselves with the latest regulatory standards and also help them gain competitive advantage. Along with this, businesses will be able to curb the overhead expenditure of maintaining outdated infrastructure and reduce loss of revenue during downtime without compromising the security of the data and IP of the company.

Alok Shende, Managing Director of Ascentius said, “Business and IT complexity that Indian enterprises confront today are in scale of multitudes to the ones that existed in the reign of Windows Server 2003. End of support for Windows Server 2003 is an opportunity to engage with the future, not just incrementally but profoundly. The aggregation of advancements in the current Windows Server platform enables continuity of traditional IT with the flexibility of new innovation-led cloud world, thus significantly raising the opportunity cost for Enterprises that continue to remain on the fence.”

With Windows Server 2012 R2, customers benefit from a resilient, enterprise-grade virtualization platform. Microsoft is committed to provide best-in class enterprise-grade security for its cloud, including Microsoft Azure. In a significant step towards assuring trustworthy computing, Microsoft has become the first major cloud provider to adopt the world’s first international cloud privacy standard, developed by the International Organization for Standardization (ISO). Several key partners are working closely with Microsoft to help customers move to modern platforms before support for Windows Server 2003 ends on July 14, 2015.

Manish Gupta, Director, Enterprise Solutions Group, Dell India said, “Aligned with the end of support timelines for Windows Server 2003, we have designed solutions to help our customers proactively address migration issues and provide a smooth transition. Given that delay in migration can cause serious business issues, we have created a host of solutions to cater to the needs of businesses. We believe that each workload would require a separate migration plan, hence, Dell Services aims at providing unique solutions to help rank and classify Windows Server migration pathway based on critical business needs. Dell’s end-to-end expertise addresses migration from the datacenter to the end point, empowering customers to modernize their IT environments with ease.”

Siddhesh S Naik, Director, Enterprise Business Group, Lenovo India said, “With Microsoft ending support for Windows Server 2003, there will be no more support for applications or programs, and it will cause noncompliance with existing security and regulatory norms. We have worked with Microsoft to outline the Lenovo Windows Server 2003 End of Support Program, which is aimed at providing enterprises with information, sales tools, collateral, and programs to help migrate. These services include detailed assessments, migration and integration, and will allow customers to move to System x platforms running the latest Windows Server 2012 R2 operating system.