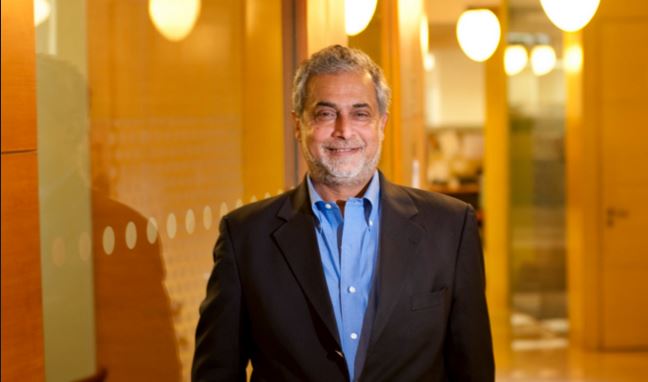 Microsoft India continued its growth momentum during the fiscal 2015 in the Indian market with a solid 19% growth. Even though Windows sales were stable after the XP refresh, the company kept on pushing Windows 8.1 along with Office to entice consumers and revive sales. However, its biggest bet is on Windows 10 which is being launched in July 2015. With the changed revenue model for the upcoming Windows, it aims to garner significant customer interest. Besides, the company had a good time in the overall software market where it continued its leadership and increased market share over the other vendors.

In FY15, the software giant witnessed growth from all the major verticals. It jumped into different territories to tap the future growth. In addition, the global leadership especially CEO Satya Nadella is betting big on India. He has helped the company renew its focus with big investments in the country that will help the software vendor to double its business from different verticals including the government. Eyeing a big chunk of government business in India, Microsoft earlier last year announced an investment of `1,400 crore to set up three datacenters in India.

Besides, the company grew its software revenues in the country and maintained its leadership position as the software vendor in the Indian market. According to Gartner, Microsoft maintained its #1 position in software revenues in India, accounting for 25% of the overall sales in 2014. The company earned more than $1 bn from the software business alone. Since April 2013, the company has been manufacturing, replicating, marketing, and selling Microsoft software retail products and services in India. “The share of marketing support services has declined from 87% of revenue in the year ended March 2013 to 4% in the current year,” the company said in the filing. Microsoft is trying to sell its cloud services and offerings in India and has bagged a lot of customers from mid to large companies for various cloud offerings, including Office 365. 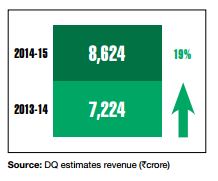 But while the company has been aggressively pushing its cloud platform Azure in India, experts feel it still has a long way to go before it catches up to nimbler rival Amazon Web Services, which has had immense success bringing small and medium enterprises on board in the country. But its investment in three datacenters is going to give a boost to its cloud business in India. There are already encouraging signs of cloud adoption for Microsoft India as it claims to register tripledigit growth in the country. This is in line with the growth being registered by Microsoft Corp globally.

In the last one year, Microsoft India partnered with the Government of India for various projects. A major project it bagged was from the Surat Municipal Corporation to transform Surat into a smart city. Further, it launched Edu Cloud, a cloud computing-based offering to enhance digital learning and teaching in schools and higher education institutions. This is expected to benefit 10 lakh teachers and 60 lakh students in 1,500 institutes.

Besides, the company introduced unlimited OneDrive storage for all Office 365 subscribers, entered a strategic partnership with Dropbox, launched Skype for Business, and introduced Xbox One for its broad fan base in India in September 2014. Microsoft’s India strategy is centered around the untapped SMB and SME class for its Office 365 and other offerings. It has got an early success and is one of the leading cloud providers for the mid-and small segments today in India. Microsoft India has yet to resuscitate the Windows business. It is hoping big on the upcoming launch of Windows 10 but doubts persist among industry observers and analysts.

Microsoft Signs MoU with the Government of Telangana

IBM Is Morphing Into A Software Company

IBM continues to invest in long-term opportunities in key growth markets around the world—China, India,…