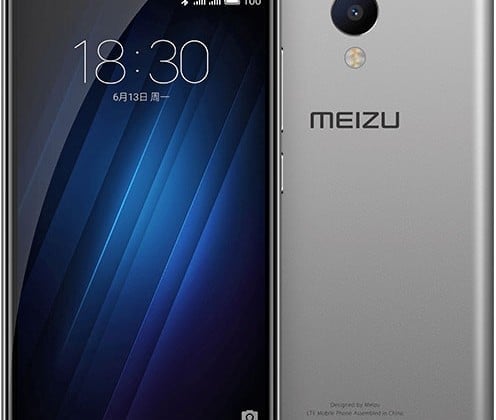 Meizu has announced the launch of much awaited m3s smartphone in the Indian market, which will be sold exclusively through Snapdeal. This new product has been reasonably priced making it suitable for the young professionals. Through this smartphone, Meizu aims to capture all your exciting moments – anywhere, anytime. Meizu m3s is fully metal body giving it a complete classy look catering to today’s smartphone users needs. Not only that, to excite its users further, the m3s is available in three colors- Grey, Silver and Gold.

Key Features of m3s at glance:

Outstanding Performance: The 2.5D glass design brings you visual joy, while octa-core A53 processor complements the Meizu m3s with its terrific performance. mBack home button & mTouch 2.1 continue to offer fingerprint identification making your life more secure and more convenient than ever before.

Superior Viewing Experience: The Meizu m3s has a 5-inch high-definition screen that amazes you immediately, thanks to the full lamination technology.

The Meizu m3s features the latest Flyme 5 based on Android 5.1. The upgraded OS encapsulates an intuitive and simple system app layout, supported by a smooth and exquisite transition animation. The new handset comes in two variant as 2 GB RAM & 16 GB ROM and 3 GB RAM & 32 GB ROM priced at Rs.7999 & Rs.9299 respectively. m3s comprises a powerful 3020 mAh battery along with various other mesmerising features like Gravity sensor, Ambient Light Sensor, Capacitive touch screen, 24GHz dual band WIFI, Bluetooth 4.0, Digital compass and many more, which makes it a must have device for any technology enthusiast.

Commenting on the launch of Meizu m3s, Meizu India PR Manager said, “m3s generated quite a buzz among our target audience and since the dynamics of Indian market is similar to any other successful market in the world, it encouraged us to rollout this stunning device here as well. Undoubtedly, we at Meizu always tend to introduce our best in class products here on priority. We firmly believe the level of acceptability m3s would get from Indian consumer will bolster our future growth plans”.

Meizu had launched its flagship model M3note in India during May this year, and the kind of response it has received was beyond company’s expectations. Taking inspirations from that, the company has launched m3s in India right before Diwali adding more joy to the festive season.

Meizu Technology (MEIZU), the Chinese smartphone company has announced its entry into Nepal market at…

Meizu Technology (MEIZU) launched its new smartphone M3s, with the storage of 2GB, 16G and…