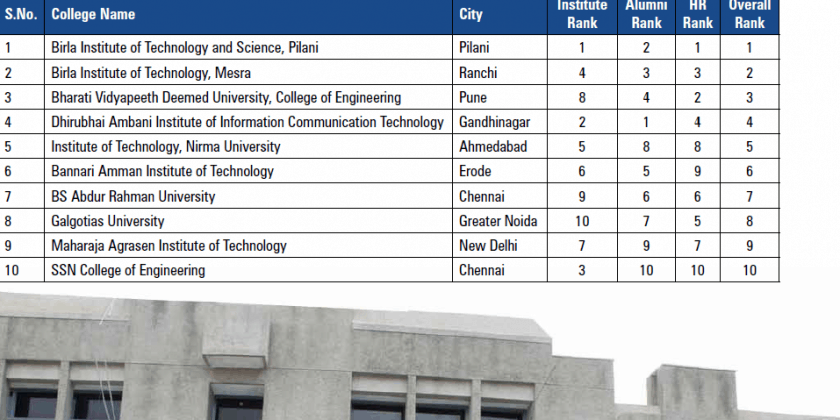 Dataquest-CMR T-school survey was already published earlier. As revealed earlier, this year the primary focus was on the private T-schools. While we have already published the Top 100 list, here we bring to you the top 10 T-schools in a bit more detail. 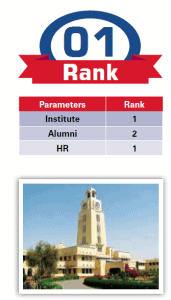 BITS Pilani has topped the chart in the private T-School ranking, with high scores in almost all the parameters. The institute has been setting high standards and playing a benchmarking role in the field of education. The Birla Institute of Technology & Science is an all-India institute for higher education. BITS Pilani has scored high on parameters such as top institute, human resources, and alumni.

Over the years, BITS has provided the highest quality technical education to students from all over India, admitted on the basis of merit. Its graduates may be found throughout the world in various areas of engineering, science, and commerce. BITS symbolizes the maturing of Indian technical ability and ‘can-do’ entrepreneurial spirit, especially as derived from the private sector. Its students are placed in the top companies and draw high pay packages. Most IT companies line up to hire students from this institute. 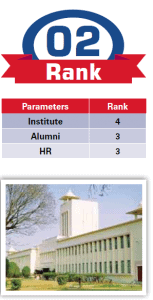 BIT Mesra is one of the most reputed institutes for higher education in India and its alumni are placed in top IT companies. The institution has graduated to the next level as it also offers a platform for research to its students. BIT Mesra has 21 academic departments and offers undergraduate B.E./B. Tech degrees and M.E./M.Tech degrees in various engineering departments. The department of IT also offers Master of Computer Applications. Besides, the institute has established global tie-ups as it has collaborative arrangements with the US, UK, Canada, France, Italy, Denmark, Spain, Pakistan,
China, and the Netherlands. 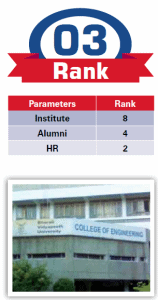 Ranked #3, Bharati Vidyapeeth Deemed University College of Engineering, Pune has been instrumental in raising the educational standards in the country and has been at the forefront in offering IT engineering training. Its students are placed in the top IT companies today.

The institute is located 5 km from Pune on Pune-Satara Road. This college has established itself as a premier institute where the ‘supremacy of technology–enabled learning’ empowers the students to pursue their passion to realize their ambitions, irrespective of their geographical locales. The institute claims to align to the mission ‘social transformation through dynamic education,’ and is therefore committed to attain global standards where knowledge is the key driving force in the rapidly changing globalized economy. The institute became a constituent unit of Bharati Vidyapeeth Deemed University in June 2000. 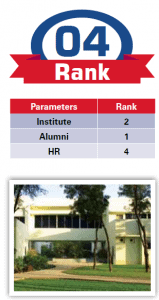 Ranked #4 in the DQ-CMR Top Private T-School survey, Dhirubhai Ambani Institute of Information Communication Technology has left no stone unturned to match the global standards of education in the country. The institute provides world-class infrastructure and the best training facilities to its students. It has scored high on all parameters to stand up in the list.

Located in Gandhinagar, Gujarat, the institute has a number of tie-ups that help its students gain international insights. The institute began admitting students in August 2001, with an intake of 240 undergraduate students for its B.Tech program in Information and Communication Technology (ICT). Since then, it has expanded to include postgraduate courses such as M.Tech in ICT and M.Sc in Information Technology, along with a doctorate program. The institute boasts of qualified and experienced faculty members. 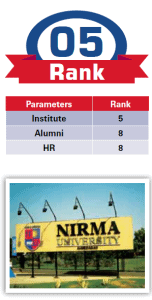 Ranked #5, the Institute of Technology, Nirma University is a leading T-School in the country, which has delivered a host of quality engineers to the IT industry in India and globally. The institute has ranked several notches higher in the list this year as it has performed better in all aspects such as infrastructure, faculty, HR, alumni, and reputation, among others.

The Institute of Technology, Nirma University, was the first self-financed engineering college in Gujarat. Within 18 years of inception, the institute has become a leading hub of education, offering multidisciplinary undergraduate, postgraduate, and Ph.D programs in engineering. The faculty members and students of the institute have won many prestigious awards and brought laurels to the institute. The institute’s placement ratio is higher than most private colleges which makes it a hot favorite among the aspiring engineers. 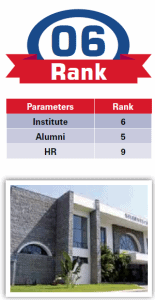 Ranked #6, the Bannari Amman Institute of Technology is an autonomous institution, affiliated to Anna University. It offers higher education in engineering, technology, and allied sciences. Because of its competitive standards, the institute has been able to secure a place in the top 10 private schools in the country. Most of the top IT companies pay a visit to its campus to hire students every year.

The institute also offers global exposure to its students through guest lectures, study tours, and projects in association with IT companies. It offers doctorate courses and is trying to graduate to the next level by becoming a research hotspot. The institute has won a myriad of accolades and awards over the years, which stand as a testimony to its educational excellence. 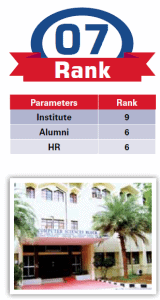 Ranked #7 in the list, BS Abdur Rahman University has left many private colleges behind to enter the top 10 list. Previously functioning under Madras University (1984-01) and Anna University (2001–09) as BS Abdur Rahman Crescent Engineering College, the institute gained deemed status in 2008–09. Located in Tamil Nadu, it is one of the largest engineering institutions in India and has emerged as one of the most sought-after institutes among students due to its quality standards in delivering education.

The college has a vast campus and infrastructure including nine hostel blocks—seven for men and two for women. The engineering course in this institute has eight semesters. The odd semesters start from June/July and end in October/November. The even semesters begin in December and end
in April/May.

The college has been ranked #6 in the alumni list which speaks of its reputation among the former students. It has an active alumni association, which conducts several activities and undertakes initiatives, including alumni scholarship scheme. 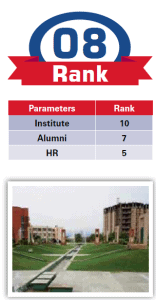 Ranked #8, the Galgotias University’s spot in the list is well-deserved as the institute has endeavored to match the global standards in education. What bolsters its position is its constant efforts to provide students quality education environment and global exposure.

Galgotias University has been consistently climbing the ladder over the years in the T-School survey. It has a vast campus where it runs various engineering programs. Its central library supports teaching, research, and extension programs. Galgotias University also offers the Web SIM service that helps students to store their data right from personal details, placement details to library information, and assignments. Besides, the institute has begun to offer doctorate programs, which shows its gradual shift to the research side. Last year, the college ranked 15th in the T-School survey. The list also included the government colleges including the IITs. Its rankings are a proof of its reputation and educational standards. It focuses on giving the industry exposure to its students. Plus, the institute has tie-ups with global institutes that allow its students to get international exposure. The institute has a team of highly qualified and experienced faculty members, who have published their research papers in several international journals. Further, the institute has secured patents in various key areas in the last few years. 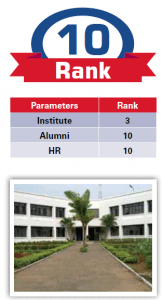 SN College of Engineering has been able to secure the 10th berth in the DQ-CMR Top Private T-School list. The college has built a strong reputation in the last few years on several parameters. Its standards are apparent from the ISO 9001:2000 certification from the National Board of  Accreditation.

In association with Carnegie Mellon University, the SSN School of Advanced Software Engineering was started in 2001. The college has been at the forefront in offering innovative courses that are in sync with the industry trends. In the T-School survey, the institute has left many institutes behind to grab a place in the top 10 list. The institute has tie-ups with different agencies and IT companies in order to offer its students the best academic environment as per the industry requirements.