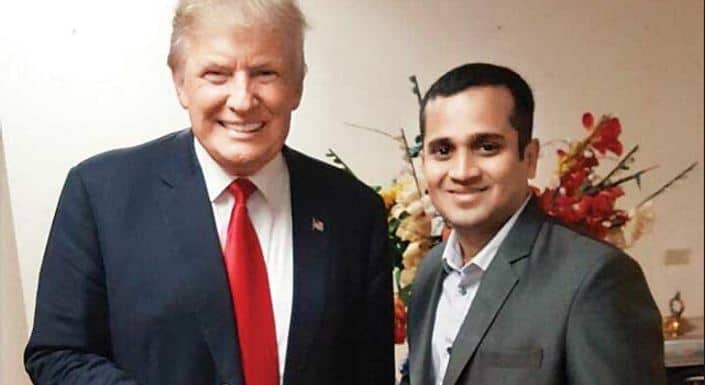 Donald Trump emerged to victory defeating Hillary Clinton in the recent US presidential polls. Behind Trump’s victory also lies the role of analytics which helped trump to understand the dynamics of the campaign and manage it from time to time. At the same time, there is an Indian angle which can not be overlooked.

Avinash Iragavarapu, an Indian software engineer who is dexterous in big data and analytics, was in charge of understanding the mood of citizens in the US. Avinash Iragavarapu guided the Trump campaign with useful insights. He used adequate, accurate insights gathered from the unstructured data lying scattered on the internet especially on social networks (Facebook, Twitter, Instagram, YouTube, Snapchat, etc). Iragavarapu slogged to decode the mood of Americans and hence enabled Trump to plan his campaign aggressively against his contenders.

Hailing from Andhra Pradesh, Avinash Iragavarapu, a 30 years old, is in the US on H4 visa. He’s an IIM Lucknow alumnus who also spearheaded the Trump’s march among the Indian-American lobby. With the best big data skills in his baggage, he guided Trump to chalk out lucrative poll strategies.

Iragavarapu had also played a crucial role in India during the 2014 general elections where he helped YSR Congress Party in Andhra Pradesh. Iragavarapu has also worked in the past for HCL

After moving to the US in June 2014 on H4 visa, he found a roadside placard in Chandler to help the local Republican mayor. Thus began his march towards making Trump the next president. He helped the local candidate to win the election. His big data and analytics skills brought him to the spotlight. This proved a triggering point in his career and pushed him up in the ranks in the GOP. The Republican Party is commonly referred to as the GOP (Grand Old Party). Iragavarapu currently holds the position of Sr. Executive Director for the GOP. Because of role, it is probable that Iragavarapu gets the US citizenship soon.