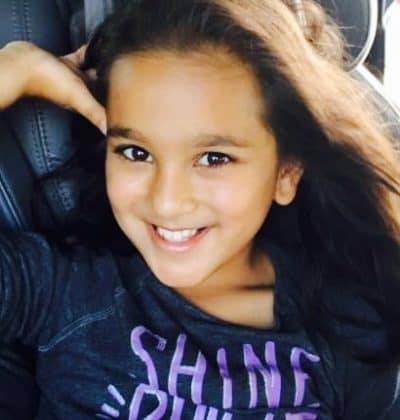 Artificial intelligence has off late become the talk of the town. Knowledge regarding AI has become essential to thrive in the current market, but is something even several engineers lack. However, a 10 year old coding genius and CEO, Samaira M, has taken it upon her to teach the concept to anyone interested. What is fascinating is that she aims to do it through an interactive board game because, as she puts it, “Learning is easy when it’s fun, and what better way to have fun than playing a board game?”

Samaira is a 5th grader who is an inventor and speaker at various events. She invented an STEM coding board game CoderBunnyz at the age of 7, to teach coding to those interested from the age of ‘4 to 104’. Samaira says that she has received letters from ‘The White House’ for her contributions to the world of technology. She was also the youngest speaker at CMG impact 2016 Women in Tech, Microsoft SVF 2017, Apinxt 2017 and has been a speaker at over 12 technology events in Silicon Valley and others as well. In an exclusive interview with DataQuest, Samaira tells us her story while hoping to spread the power of AI through her board game.

How and When Samaira Started Her Journey

Samaira was introduced to coding at the tender age of 6 through a prank by her dad. “He showed me something on his laptop that had one button and a command that said ‘press this if you are beautiful’. He asked me to give it a try, But when my mouse pointer touched the button the button disappeared. I was like, how did you do that? Am I not beautiful, what’s going on in here? He said this was made by coding and then I was like ‘I want to do that too’,” says Samaira who then got interested in coding and spent much of her time learning the same.

Samira invented CoderBunnyz, which she says is the most comprehensive coding board game, when she was 7. “CoderBunnyz has been my first amazing experience as a creator and I have been humbled as to how CoderBunnyz has enabled a lot of schools, libraries, and kids to get introduced to coding and computer science,” says Samaira.

This 10 year old CEO has done over 70 workshops with CoderBunnyz board game in Silicon Valley and taught over 2200 kids, including over 50 at Google headquarters and 60 at Intel headquarters. She has also started an initiative ‘Girls U Code’ to teach coding to underrepresented girls and received letters from ‘The White House’ for the same. CoderBunnyz is now used in 6 continents around the world and all major countries, including India, as an STEM tool in 106 schools. “CoderBunnyz is so comprehensive that its one of the most sought out game to help schools get into coding,” she adds. 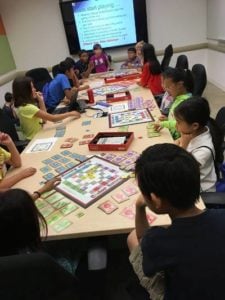 Making AI Learning Fun through a Board Game

Samaira discovered AI last year, while she was learning various coding languages. “My dad designs Artificial Intelligence chips. So one day when he was talking about AI chips to me, my 6 year old brother who overheard our conversation said in a plain voice – ‘What is AI?’ And that got me thinking won’t many other kids will have the same question? There is so much talk about AI! What if I created a board game to teach AI concepts to kids and adults?” says Samaira explaining on how her creation CoderMindz was born. 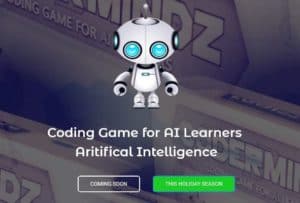 When asked on how she grasped the advanced and in-depth knowledge required to create a board game that teaches AI concepts, she said that her father was her mentor. Samaira adds that her father himself was very passionate about the field. “AI has been here for many years. My dad told me that when he was doing his studies at IIT Delhi during his 2nd year at college, in 1994 he did a project on neural networks. So AI is not new, it’s just that in the past few years AI has got a lot of attention and traction,” says Samaira.

Samaira also states a very sound fact that everyone was just scratching the surface of AI. “AI is here to stay and will evolve a lot in next 10-20 years. So I think that like coding, AI concepts also need to be part of basic knowledge now. Many of us use AI in our daily lives. When Facebook asks us to tag a picture of our friend by ‘name’, they are using image recognition algorithm of AI,” adds Samaira while naming Siri, Google, Amazon Alexa, Smart homes, self driving cars and other technology that uses AI.

What this Youngest Woman Entrepreneur Aims to do with CoderMindz

Samaira says that her 6 year old brother, who also co-invented the CoderMindz, now talks AI language like training, inference, back propagation, autonomous and understands the meaning of AI. Samaira’s goal is to bring CoderMindz to everyone in the world so that when they hear about AI, they know what it is.

“CoderMindz is my first foray into AI. In fact, it is the first ever board game in the world that teaches AI concepts like training, image recognition, inference, back-propagation, adaptive learning, autonomous and several programming concepts. With my free workshops at libraries, schools, tech events, I will teach AI to everyone. I am also a speaker at various conferences and events. I plan to take AI and the idea of CoderMindz to these speaker events too. In fact, I am speaking at Maker Faire in October on how we could make AI learning easy for all,” says Samaira outlining on her future plans.