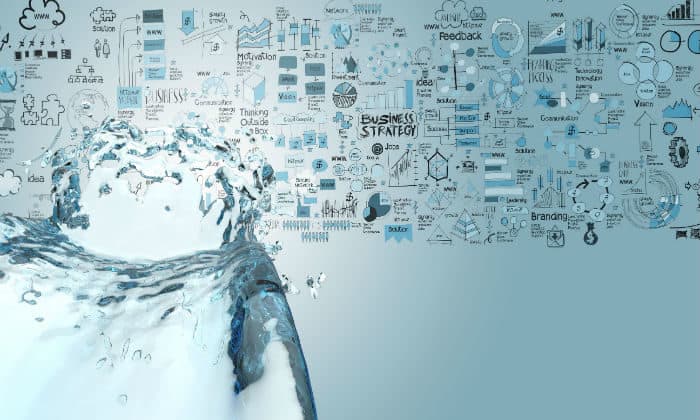 The information technology landscape is not new to disruptions. One such disruption that is billed as the true ‘new normal technology’ is Internet of Things (IoT). The ramifications of IoT are many and it is such that it will impact both the enterprise and consumer side of things. According to IDC, the worldwide market for IoT solutions will grow from USD 1.9 trillion in 2013 to USD 7.1 trillion by 2020. With such impressive outlook, the key question now is are we ready for this disruption? Service providers of all hues are building competencies in IoT and building scale to meet the growing demands. The overall India IoT market is estimated at about $9 bn. IDC predicts India IoT Market to reach $34 bn by 2021.

According to experts India aims to capture 20% of the total global market share of IoT. Growth in this market is anticipated due to ongoing technological developments, advent of next-gen platforms in IoT for providing better connectivity and coverage along with real-time monitoring and tracking of services and systems across industries in order to reduce operational and human cost.

IoT is being referred as the next big wave after internet and mobile that will affect our day to day lives. The way we do business contemporarily will have been impacted hugely on the evolution of IOT in the times to come. The communication of things is changing drastically and is evolving to a common standard globally on phenomenal scale. Experts say that a lot of technology companies, product companies, services companies and consulting companies are investing their money in adopting new Open and Global standards for evolution of IOT which is getting immensely popular and is one of the key ingredients in driving IOT led adoption.

In an interrsting study sometime back, Tata Communications in its inaugural “India IoT Report”, said that 65% Indians suffer anxiety over FOLO (fear of lights on) when they are away from home – and believe that connected technology could help alleviate this anxiety. The survey was conducted across 2,000 respondents from 12 Indian cities[to gauge people’s awareness levels around the concept of the Internet of Things (IoT) and views on its impact on their day-to-day lives.

According to the report, the home is the principal environment where people expect IoT to make a visible and significant difference. Over 90% (91.1%) of those surveyed said they would be keen to experience a reality where IoT devices could make their lives simpler by, for example, being able to monitor and manage their home appliances remotely in real-time.

The report also reveals that Indian consumers are prepared to accept automation of daily chores in their households – representing a major shift from ritual to convenience. More than half of the respondents (54.5%) admit to forgetting to stock up on essential groceries such as milk at least once a month, while nearly a quarter (22.7%) confess to running out of such supplies on a weekly basis. Three quarters (75.3%) of those surveyed said they would be excited to invest in a technology that means they never have to worry about re-stocking the fridge with regular supplies themselves.

While men seem to stress more about leaving the lights on than women, both men (51%) and women (50%) believe equally in IoT’s potential to help make their lives simpler when it came to domestic chores.

From a broader societal perspective, respondents cited improved healthcare as a key takeaway (29.1% of respondents pick this as the principal benefit of a world that is completely connected and connectable), closely followed by reducing traffic congestion (28.7%) and lowering pollution levels to protect the environment. 81.2% of respondents agree that it is entirely plausible that they could live in a world where their children’s health records are entirely automated and updated in real time and accessible to a doctor anywhere when required.

Both developed economies and emerging markets are at different life-cycles in their rate of adoption of IoT technology. In India, there is a gradual surge in adoption and a growth in demand across the nation. While only 14.2% of the respondents are completely aware of the concept of IoT, over a third (34.6%) associate it primarily with smartphones. Only 14.5% of the respondents currently associate IoT with improved public services and fewer than one-in-ten (9.6%) believes IoT could help enhance access to public services.

While there continues to be a lot of buzz around IoT, experts believe that IoT adoption is still nascent. Going forward, industrial IoT applications will get faster traction even though most of the IoT buzz has largely centered on consumer devices and wearables. This can be attributed to enterprises being more inclined to test and invest in IoT applications that drive margin expansion instead of IoT applications that have a dependency on new revenue streams.

So far, using IoT and the possibilities that it presents have primarily dwelt on improving efficiencies, eliminating waste and achieving cost control. While this will continue to be a significant driver in the evolution of IoT, the ‘killer app’ will come from previously unseen revenue streams emerging from its adoption. As IoT technology goes mainstream, concerns that need to be addressed include the lack of interoperable technologies and standards, data and information management issues, privacy and security concerns, the skills to manage IoT’s growing complexity, and the lack of proven ROI/monetization models.

Posted by: Shrikanth G
View more posts
Tags:internet of things, IoT
Marching Ahead: IoT Solutions to Grow from $1.9Tn in 2013 to $7.1Tn by 2020 0 out of 5 based on 0 ratings. 0 user reviews.
Finally, A Silver Lining
[24]7.ai Blends Chatbots and Humans to Dramatically Improve Intent Recognition