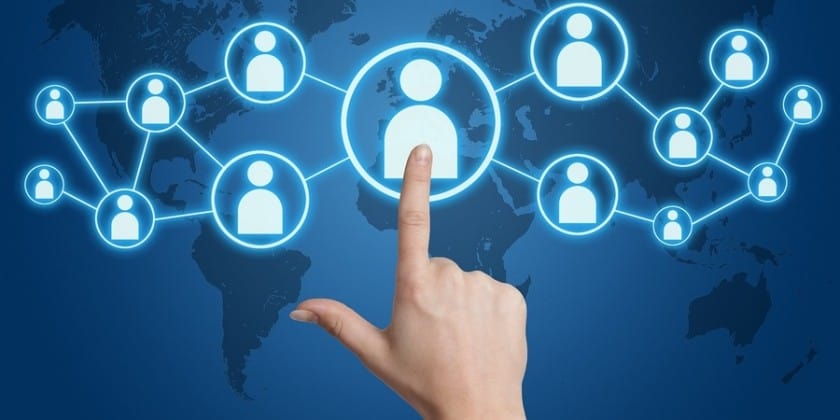 As COO your role is to ensure your business uses structures and processes clearly understood by everyone to run smoothly.

These are designed to maximise ROI from business activity across all functions. They deliver efficiencies to maximise your overall effectiveness as a business, providing a strategic context along with operational plans for growth.

Most of all, they are defined by their predictability, clarity and familiarity.

But what happens when a perfect storm breaks, three events taking place at the same time, with effects felt in a single quarter?

In our case, this happened with Indian demonetization (announced 8th November), the death of the King of Thailand (on 13th October, with official mourning taking place over the ensuing month), and the devaluation of the Malaysian ringgit (continuing, with particular falls in October and November).

What happens when a perfect storm breaks, three events taking place at the same time, with effects felt in a single quarter?

Each of these would have represented a challenge for our Asia-Pacific (and global) business. All had the potential to disrupt well-laid operational and financial plans. But together they certainly combined to test our regional management mettle.

How did we do? Let me share how one company (ours) managed its way through this perfect storm.

Unusually, the storm hit in three locations at the same time – akin to a typhoon hitting Bangkok, Mumbai and Kuala Lumpur simultaneously.

However, the initial concern that our region would default on our commitment to the corporation was mitigated as we were able to invoke those organisational structures and processes I mentioned in my opening.

We were in fact able to spread the risk across a region. For example, ours is a region with emerging and mature markets. It so happened that three emerging markets (India, Thailand as part of South-East Asia, and Malaysia) were affected. Mature markets such as ANZ and Japan were stable and hence were able to pick up some of the slack. What’s more, product and brand profiles differed in these mature markets, so while we managed and worked on identifying latent new opportunities (see below), we could invest and drive harder in ANZ and Japan. We couldn’t replace lost sales completely, but the damage was lessened. In this respect, we were ready to refocus as uncertainty impacted demand post demonetization.

When a storm hits, re-set your targets. It’s important to accept the facts in front of you: sales and revenue will likely drop. To stick with last week’s targets is unrealistic. By resetting targets – and ensuring that they are understood by everyone – you re-balance and re-energize the business.

In our case, we re-balanced our expenses and resources, cutting our outgoings to match our new situation. For example, business in Thailand was simply not going to happen for the month following the King’s death. We reset by postponing a PC gaming contest and its associated marketing spend until the New Year. This allowed the country to mourn appropriately, while we re-planned the event, which was a success. Costs were also now allocated to a new quarter.

When a storm hits, re-set your targets. It’s important to accept the facts in front of you: sales and revenue will likely drop.

In India, demonetization came on the back of Diwali, the annual Hindu festival of lights, and a big buying season in India. We had therefore spent most of our quarter’s local marketing budget in support of the Diwali buying season. In pausing, we also saw new opportunities appear (see below), and could deploy marketing budget held back into other channels like online and retail that allowed for faster recovery.

By pivot I mean maintain momentum – but in a new direction. In this case, we could accelerate our business to compensate for the markets and segments affected.

Although a technology business, Lenovo can also be thought of as a portfolio business. This is a distinct advantage – as McKinsey notes in interviews with senior executives in a recent podcast. We were able to pivot across product lines (switching between smart devices, laptops and data centre products) and across countries (at the regional level). Yet, when the storm hit, we still had to decide to pivot, and be clear about the direction we sought.

All storms end, usually with calm. While you’re managing the storm itself, plan for that new, calmer future. Many storms also strip away what’s existed previously, to expose something new. In our case we now see new opportunities in India as thousands of individuals and businesses move to transacting online for the first time (albeit driven to do so by necessity). We can see new opportunities in the devices they use, and in the data centres needed to drive a suddenly-expanding digital infrastructure.

Many storms also strip away what’s existed previously, to expose something new.
In Thailand, we quickly saw that demand wasn’t dissipating, simply being delayed. Thailand was more about cultural sensitivities than replacing lost opportunities.

While the storm rages, create a separate planning team to look at opportunities as they appear (if they appear) and create the organisational environment needed to move once the immediate headwinds abate.

Empowerment (not calm) comes before the storm. Our organisation was well-prepared for this, with a culture that promotes local decision-making at local, national and regional levels. So when the storm hit, the management teams were able to act. Their local knowledge – of their regions’ finances and currency movements (in Malaysia in particular), the cultural sensitivities (in Thailand) and even the politics (especially-true in India) – all came good.

For example, the Indian team recognized that new customers would need new payment options such as financing schemes. This led us to enable a vast network of partners with extra credit card terminals and financing capabilities, helping customers to manage this change.

Respond with certainty and vigour – once you’ve thought things through. This means using the market data and local management expertise to formulate a plan that is realistic – one that can deliver results in the new turbulent context, and one that local management can implement.

Respond with certainty and vigour – once you’ve thought things through.

In our case we created a new strategy for India over a week, which in turn fed into a recalibrated strategy for the region, and had deployed that strategy within a fortnight of the announcement of demonetization. Take care, though, to make the right decisions. Be granular in your planning: not every country will be affected, or be affected in the same way. For example, in India not every sales channel was affected in the same way by demonetization. Those relying on cash transactions clearly were, but not every route to market operated that way.

Take care, though, to make the right decisions. Be granular in your planning: not every country will be affected, or be affected in the same way.

Occasional bad weather is no surprise

For a region such as Asia-Pacific, perfect storms should be less of a surprise than in other parts of the world – mimicking our regional weather systems that embrace monsoons, typhoons and cyclones!

Ours is a collection of markets that are mature and emerging, and for me, the emerging markets are the most exciting. Having the mature sectors alongside them adds a welcome measure of stability – especially in what has recently proved to be a turbulent marketplace.

In business, winners separate from the pack during major market or technology movements. Being flexible, decisive (and hence empowered), and acting quickly is what makes the difference.

Posted by: DQINDIA Online
View more posts
Tags:demonetization, Lenovo, McKinsey
Managing a perfect storm – and then capitalising on the opportunity 0 out of 5 based on 0 ratings. 0 user reviews.
Tata Communications Board elects Renuka Ramnath as the chairperson
Almost half of Indian parents are concerned about stranger danger: McAfee