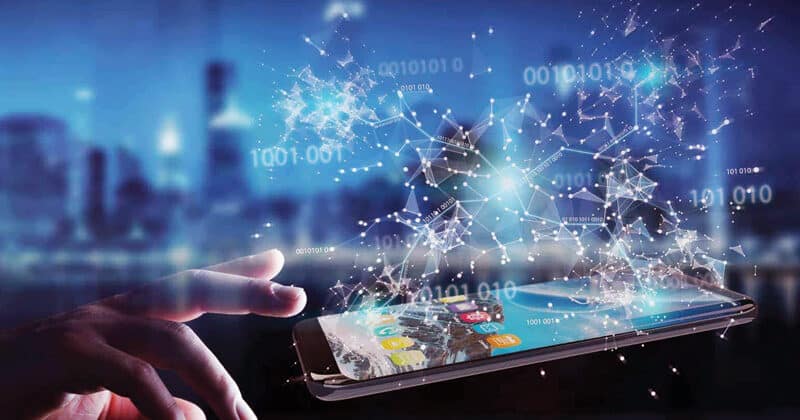 The advent of the pandemic has been a consequential inflection point in the fundamental working of the social system. With the nation being under lockdown from time to time and over 55% of people working from home, a lot more time is now spent at home leading to the increased demand for greater comfort and security through smart devices and appliances. While the markets of several sectors got disrupted during the pandemic, the consumer electronics and the telecom market turned out to be resilient, even with the intermittent closure of physical providers across the nation.

But there is a wedge in the Indian market scenario – despite being one of the largest consumer markets, India’s share of global electronics manufacturing has been a mere 3.6%, even though domestic manufacturing grew at a CAGR of 23% over the last five years. This has been a consequence of snubbed opportunities in the last decade. When the trade wars began and companies were exiting China, many turned to ASEAN countries, including Vietnam, Taiwan, and Indonesia. However, India failed to attract such companies, again. The policies that were incorporated by these South Asian countries in the last decade are finally being introduced in India with an indigenous flavor.

Today, India has another opportunity and it is paramount to not miss it. Small calibrated steps would go a longer way than grand gestures. Digitisation in India at a mass level, with the lowest broadband rates in the world, could captivate MNCs and open up millions of manufacturing and services jobs. The PLI scheme launched by the government’s one such step in this direction.

For the electronics and telecom market, the PLI schemes are designed to trigger an impulse for scale both for Indian companies and foreign companies who wish to manufacture in India at competitive costs. They are designed to have a domino effect creating pools of ancillary firms and services, and a wealth of jobs.

In the electronics manufacturing sector, it is astounding to know that India has virtually no display and semiconductor manufacturing units. Displays and semiconductors are the most expensive parts of phones and televisions and account for anywhere between 25% and 50% of the input cost. Moreover, the global supply chain infrastructure of semiconductors has suffered a significant crack which is driving up the prices; in fact, many estimates suggest that the major microchip buyers (auto and consumer electronics industry) are on the way to lose USD61 billion this year.

In India, domestic requirements are being met only through imports, and mostly from China and Taiwan. This is due to the repercussions of the elemental policies since the 1990s in India. The Indian industry still operates at the lower end of manufacturing and encourages the world to outsource only its non-core activities to India. This is the root cause of a birth of a non-innovative economy and substantiates the fact that India is still an innovation laggard in the global setting, coming at the 48th position behind China (14th) and Vietnam (42nd).

The big need now is to focus on indigenising the manufacture of parts, rather than just hosting the cheapest high-quality assembly lines. Building domestic manufacturing capability will lower import bills and cost of production and thereby drive demand further. Making these components in-house will also massively improve the country’s net value added to the overall electronics manufacturing process, which India aims to increase to 35-40% by 2025.

Slice of 5G pie, and more

On the telecom front, the next revolution in the tech industry is near and the entire globe is eyeing to be the early adopters of the 5G technology. India stands at the center of the 5G hub and can be considered a unique market for 5G equipment if we play our cards well. One of the factors that will favor us in becoming a 5G manufacturing powerhouse is the backlash against Chinese telecom gear makers. Nearly all the developed and underdeveloped nations are running away from Chinese manufacturers and barring them in their 5G development.

If India wants to become the 5G equipment hub, a fair bit of careful innovation would be required to elevate the manufacturing of next-generation radio access networks, internet of things (IoT) devices, customer premises equipment, routers, and switches. Another interesting innovation where India could capitalise is e-waste. India is the world’s third-largest e-waste generator, producing over 3.23 million metric tonnes of e-waste per year. This e-waste can be reengineered to make 5G equipment in a cost-effective manner.

The big need now for India is to focus on indigenising the manufacture of parts, rather than just hosting the cheapest high-quality assembly lines.

Another pivot point can be to avoid the asked 26GHz band in the short term to prevent the pockets of telecom operators from getting burned. Instead, relying on existing airwaves and short Wi-Fi airwaves could be the game-changer for India.

There are immense challenges on account of numerous local hurdles, including inadequate infrastructure, the high cost of finance and logistics, and inverted custom duties. Even if India has the capability to manufacture printed circuit boards, other critical components such as diodes, chips, and transistors are not made in the country. This will require building an end-to-end manufacturing system with efficient local supply chains to cater to the soaring demands.

The current PLI scheme for telecom caps R&D investment at only 15%, which will only help companies that don’t plan on indigenous product development of telecom equipment, and will only lead to assembly. There is skewness towards contract manufacturers at the cost of companies who are investing top dollars in R&D to develop the products. A quick amendment is required to liberalize the local innovation infrastructure and unleash future sustainable growth. In addition, a push is needed on the annual gross expenditure on R&D from the current 0.65% of GDP to the global average of 1.5-3%.

Direct cash incentives through cheap credit and viability gap funding will be of foremost importance to set up new manufacturing units. Emulating China, India must also aspire to deliver an effective single-window clearance system for all approvals that should be provided in a time-bound manner. Ease of doing business cannot just exist on paper, but also in practice.

Rather than continuing to make products in fields where other countries already have the advantage of economies of scale, India must ride the future trends of increased consumer electronics and 5G components demand. Even though India does not have the first-mover advantage, the demand in India alone offers the opportunity for large-scale production, often a common problem in first-world countries. The time is now to hit the burning iron. 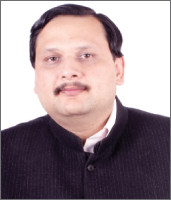 Rajesh Mehta is a leading consultant and columnist working on market entry, innovation, and public policy 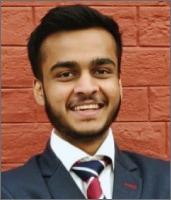 Posted by: DQINDIA Online
View more posts
Make ‘hardware and telecom’ hay while the sun shines 0 out of 5 based on 0 ratings. 0 user reviews.
What does the Digital Future of India look like? Know it at Dell Technologies Forum 2021
Gobbly raises Pre Series A of Rs 7.2 Cr led by Anicut Angel Fund and Sauce.VC

For India’s MSMEs to set sail on the path to better economic progress, they need…

Let us transform the government workplace

Don’t wait for the new normal, rather build it!

Everyone is raving about automation and agility, but how do the details work? And would…