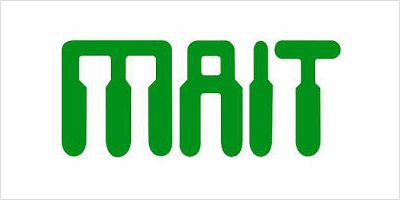 Manufacturers’ Association for Information Technology, the apex body representing ICT manufacturers, hosted a National Workshop on ‘Ease of Doing Business’ in association with the Government of Karnataka. The workshop, conducted on December 10, 2015 at Hotel Lalit Ashok, Bengaluru, aims to assess the prevailing business environment in the State of Karnataka.

“The Government of Karnataka is working along with MAIT to take the ICT manufacturing industry forward. An investment of Rs30 crore for ICT and ESDM clusters in Mysuru has already been approved by the government. Meanwhile, an investment of Rs100 crore for Bengaluru has received preliminary approvals and is awaiting final approval.This kind of collaboration is best placed when the industry and government work together.” said  Tanusree Deb Barma, Director – IT & BT, Government of Karnataka.

Industry leaders had an opportunity to voice out operational and regulatory issues which require the cooperation and support of the state government as well as and regulatory authorities such as KIADB (for land acquisition), KSPCB (for e-waste compliances), Department of e-Governance (for favorable IT Procurement policies) and also the Commercial Taxes, Labour and Employment departments. Some of the persistent issues that cropped up were pain points around interaction with bureaucracy, infrastructure, GST, investments, transparency and the need for state and central governments to coordinate in addressing the industry’s concerns.

The ‘Digital India’ campaign has an ambitious target of achieving Net Zero Imports by 2020 in Electronics and IT Hardware goods by reducing its imports, encouraging indigenous manufacturing and increasing exports. This would be possible only if persisting issues are addressed.

Nitin Kunkolienkar, VP-MAIT and Director, Smartlink Network Systems Ltd, “The Digital India campaign was initiated by the Government of India to achieve Net Zero Imports by 2020 in Electronics and Hardware. It is an ambitious, yet achievable goal which can be addressed by resolving bottlenecks. To improve manufacturing and exports, we need to identify what went wrong in the last decade and address each small and persisting concern. Besides, the gap between Central and State Governments have to be addressed for a business to run easily. This will help us to create an impact in international trade.“