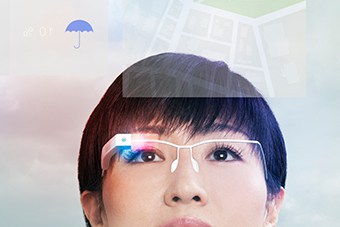 magicpin, the local discovery and commerce platform has tied up with Mcdonald’s, The Beer Café, Decathlon, Chaayos, Smaaash and thousands of local merchants to launch augmented reality on its app, thus becoming the first Indian company to implement this unique concept for consumer engagement. This new feature showcases ‘quests’ at nearby merchant locations, where treasures (like flying beer, a gold chest, dancing burger, etc) are hidden in the augmented reality space. On finding the treasure, users can instantly redeem it for a real world reward at the store counter.

Globally, the market for AR advertising is witnessing massive growth. According to a recent report by Technavio a leading global technology research and advisory company, it is estimated that by 2020, 100 million consumers will use AR for shopping and the global AR market is estimated to grow at a CAGR of 65%. The increasing popularity of AR will drive the use of AR technology in the advertising market.

Pioneering this concept of AR advertising, magicpin is the first Indian company to launch augmented reality on its platform thereby allowing merchants and brands to create a captivating experience for their consumers; simultaneously driving social media visibility and footfalls for the business.

Commenting on the launch, Anshoo Sharma, Cofounder and CEO, magicpin said,“magicpin has always been about building engaging consumer experiences through user generated content that drive discovery and commerce for local merchants. Our active users, spend upto 70 minutes on the app everyday. We believe within this decade, augmented reality will transform the way the always-connected consumer works, shops, eats and plays and we want to bring the best in class global technology to our users and partners in India.

Partnering with brands such as McDonalds, The Beer café, Decathlon and Chaayos brings this experience to millions of consumers across thousands of outlets in all major cities in India.” he added.

Jeremy Liew, partner at Lightspeed Venture Partners, who is also the first investor in Snapchat commented on the launch:“AR should be about fun. Snapchat introduced AR to the world with lenses, helping people send funny selfies to their friends. Pokemon Go built a fun game around AR that got them out and about in the real world. Now magicpin is incorporating AR into a fun treasure hunt dynamic to help users discover new products and places in the real world.”

Rahul Singh, Founder of The Beer Cafe and President of National Restaurant Association of India (NRAI) commented:”The Beer Cafe is focused on creating best in class hangout experience for the youth of the country. magicpin has always been ahead of the curve on creating memories and engaging discovery experiences by using selfies. We are really excited about magicpin bringing world class AR technology to India and believe that it will deepen the engagement between customers and merchants.”

Gone are the days when companies used to hire candidates through job portals. McDonald’s, the…

magicpin, an Indian local discovery, rewards and commerce platform, headquartered in Gurugram, has announced a Series…