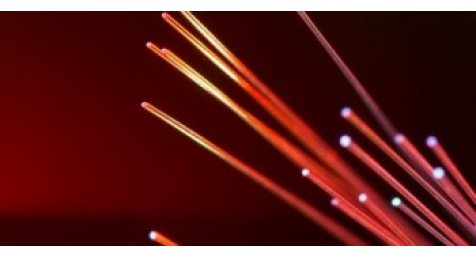 “The only time you should look back to see how far you have come is when you want to know how to move forward into the future, doing so allows you to see how much you have accomplished and where you still want to go”
– Lolly Daskal, The Leadership Gap

Circa December 1982: A tech magazine was born to cater the nascent IT industry. Even the term IT was unheard. Dataquest since then has come a long way. Today the multi-billion dollar IT industry is being swept by change, and all through the years and through the bubble, boom, and bust cycles-Dataquest has chronicled the events that raged the IT industry and documented each and every event: the trails, tribulations and triumphs and also the nexus of forces that shaped the industry to what it is today.

35 years is a landmark. It is time to pause for a moment and look back on the road traveled. Sometimes we need to look back to move forward. That’s what the issue is all about. It’s about celebrating the stalwarts who built the IT industry, it’s about the key inflection points in Indian IT, its about key policy decisions and much more. You will read all about it in this issue.

The author line up we have assembled for you is simply mind-blogging. Right from the Legendary F.C.Kohli, the first CEO of TCS to new age entrepreneurs like Vijay Shekhar Sharma of PayTM. The issue traverses the entire 35 years timeline of IT and unravels amazing details page after page. In the end, it is also about the influencer role played by Dataquest the last 35 years and being part of the IT industry.

Prime Minister, Narendra Modi in his congratulatory message said, “Dataquest’s journey of 35 years has coincided with a period of great technological progress, a time that many regard as the most technologically innovative period in human history.”

STORIES AT A GLANCE

This is an exhaustive issue. Each author is a stalwart and in many ways a pioneer and thought and acted way ahead of times. These are exclusive stories reflecting on the key events in Indian IT across industry domains. As a reader, you would be surprised to know that Indian IT has come through the years facing the odds, braving the cold, survived tough times, picked up laurels, and finally emerged a winner.

Let’s sample some of the stories. The ‘Grand Old Man of Indian IT’, F C Kohli said, “Today, there is a new revolution – a revolution in Information Technology, which requires the capability to think clearly”. In many ways that sets in the context and the tone of the current IT market landscape. The disruptive technology forces at play has altered the rules of the game – what worked in the past, is no longer good. The industry is clearly at the cusp of transformation as both supplier and demand side of IT is going through the throes of change. We need to think clearly and ink strategies to be successful in the future.

Industry veteran Narayana Murthy of Infosys, in a very interesting and thought-provoking story, titled – ‘Long Live ADM’ says, “There has been much talk and even more anxiety that the opportunity for the traditional ADM services is evaporating. Such talk is mostly by people who do not understand software development and maintenance”.

Murthy’s story brings in the thought leader in him and he makes a convincing hypothesis why ADM will continue to be the bread and butter of Indian IT services.

The joy of giving back is what HCL Founder Shiv Nadar has written about. He remarks, “Don’t you think it is time to start giving back? : Asked my mother during a conversation at the dinner table. This directed me to what was to become my calling in the years to come”, remarks Nadar. His philanthropic initiatives have touched thousands of lives and empowered the underprivileged as has taken education as a tool of social empowerment. Read all about it in his story titled- Beyond Business.

Meanwhile, the story by Subroto Bagchi, Co-Founder of Mindtree is an ode. In a rather touching story, he remarked, “Dataquest is turning 35. But it isn’t Dataquest. It is like all of us, together, have finished 35 long years of great hard work and Dataquest is the chronicle of that joyous journey. When Dataquest debuted, all of us were young, most of us were in our twenties. We looked, behaved like overgrown teenagers. An entire industry of people who had no plank in the world, it was just a head thing. That was what the IT industry was like”.

Intel Co-Founder, Andy Grove once remarked, “Give me a turbulent world as opposed to a quiet world and I’ll take the turbulent one.” The massive impact of technology on our lives have altered the lives of organizations and individuals at every level. India is on the cusp of a major transformation as we race towards a ‘Digital India’. We are not yet fully there, but a sincere attempt is being made to transition India to the next orbit of growth and development.

Amid the talk of AI and Bots taking up jobs, the tech leaders who participated in the issue are all bullish about India’s role in tech going forward. It will be more apt, to sum up, what BPM pioneer Pramod Bhasin penned in his story, he said, “Amongst all the dire warnings being sounded around the world regarding Artificial Intelligence and Automation and Machine Learning, and what that will do to jobs, I remain immensely optimistic.”
Here’s to the next 35 Years!

According to TrendForce research, Intel plans to outsource the tGPU chipset in Meteor Lake to…