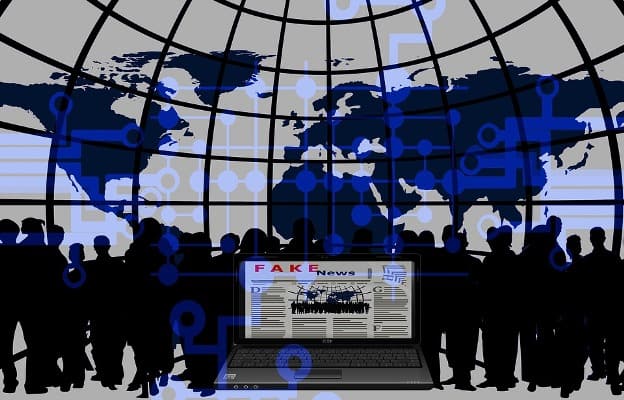 Phase one of the voting process for the Lok Sabha Elections 2019 is all set to begin on 11 April. That said, voting is just the final leg of the elections, and majority of the battle between the current government and the opposition is already being fought via social media. From trending hashtags to campaigns like Mein Bhi Chowkidaar, social media trends are known to influence the minds of voters.

Nevertheless, what can be termed a nuisance and peaks especially around the time of elections is ‘fake news’. A recent survey conducted by Internet and Mobile Association of India (IAMAI) and Factly has found that people below the age of 20 or those above the age of 50 are most susceptible to be swayed by fake news. The report also states that while news websites remain the top source of information, people use social network platforms to connect with friends and families. As age of the respondents increased, ‘Friends or Friend Groups’ and groups based on political/social/cultural beliefs of the person was chosen by a greater proportion of respondents as their main source of information on social media.

However, social media giants seem to understand how important it is to weed out fake posts and news, and have taken several measures to address the same. Here is what Facebook, Google and WhatsApp have been doing to contribute towards the Lok Sabha Elections 2019:

Facebook owned WhatsApp, which was highly criticized in the recent past for a couple of lynching incidents that took place due to fake news being circulated on the popular free messaging platform, has tied up with media skilling startup Proto to address the issue of misinformation during general elections 2019. “Starting today, people in India can submit uncertain information or rumours they have received to the Checkpoint Tipline on WhatsApp +91-9643-000-888,” said WhatsApp in a statement. When a report is received on any suspicious message, Proto’s verification center will assess the message and share with the user if the post is authentic or not. Proto can review messages reported in the form of pictures, video links or text; and apart from English will cover four Indian languages including Hindi, Telugu, Bengali and Malayalam, says WhatsApp. In a separate announcement, WhatsApp also tweaked its privacy feature, due to which users can now decide who can add them to groups unlike before. All users need to do is go to Settings in the app, then tap Account > Privacy > Groups and select one of three options: Nobody, My Contacts, or Everyone.

Earlier this year, Google announced that it is bringing more openness to election advertising online and enabling voters to get the election-related information they need. To bring more transparency to the online election ads, Google has in March 2019 introduced an India-specific Political Advertising Transparency Report and searchable Political Ads Library. These platforms provide comprehensive information about who is purchasing election ads on Google platforms and how much money is being spent.

Further to that, Google had also launched a Google News Initiative in partnership with DataLeads and Internews, which is a training series to support journalists covering India’s general elections 2019. Google News Initiative aimed at hosting training sessions in 30 cities between February 26 and April 6, 2019, across the country in English, Hindi, Malayalam, Bangla, Kannada, Gujarati, Odia, Tamil, Telugu, and Marathi. The Initiative offered training on online verification and fact-checking, journalist digital safety and security, YouTube for elections coverage and data visualization for elections.

Although these measures taken by social media giants are impressive, fake news regarding the general elections 2019 do tend to be circulated every once in a while. What would you as viewers say about this? Does the issue of fake news still exist? Do you still receive fake news or has it considerable reduced? Do let us know in the comment section below.

Lata Singh has been in the IT industry for over 25 years now, and has…