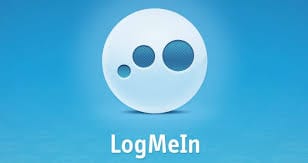 LogMeIn announced the completion of its previously disclosed merger with Citrix Systems GetGo, Inc. subsidiary, a wholly owned subsidiary consisting of Citrix’s GoTo family of service offerings. The merger officially closed after market hours on January 31, 2017. Effected through a Reverse Morris Trust transaction, the merger brings together two of the preeminent players in cloud connectivity to instantly create one of the world’s top 10 public SaaS companies[1], and a market leader with the scale, resources and world-class talent required to accelerate innovation and significantly expand its total addressable market opportunity.

“Between LogMeIn and GoTo we have two of the best known, most trusted and reliable product portfolios in cloud connectivity, and both companies have been remarkable success stories,” said Bill Wagner, president and CEO of LogMeIn. “Today we start an exciting new chapter together as a clear leader that has the scale, innovation and vision to reset customer, employee and shareholder expectations, while redefining our core markets.”

Today, people all around the world have good reason to be stressed. Stay-at-home executive orders…