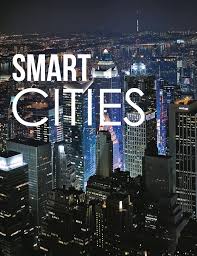 US-based LigoWave announced its plan to address the requirement of the Indian wireless technology market. While talking to the select members of the Indian press, Steven Ho, Head Marketing- Asia Region, LigoWave, said, “The requirement of state-of-the-art products for last-mile and light backhaul applications by the Indian Internet Service Providers (ISP) is expected to grow at a much faster rate than expected earlier, due to the Government of India’s recent initiative to empower rural India with access to digital connectivity and the smart cities projects.”

According to Ho, LigoWave would be targeting the Indian ISPs with its new generation LigoDLB point-to-multipoint products dedicated for the last-mile and light backhaul applications. The software flexibility to operate as either an access point or client makes the DLB series suitable for a wide range of wireless applications to service providers, security firms with video surveillance, as well as enterprise customers. Being a partnership focused organization, LigoWave would offer technology and support to its Indian partners. He further added, “We are looking for partners to explore new market opportunities in India. We believe that wireless is the future. We know that the relentless desire for data will prompt new and exciting applications, and that inspires our passion to lead the world in wireless innovation.”

With presence in over 100 countries, LigoWave has developed high performance wireless products with emphasis on innovation, versatility, and affordability. LigoWave’s product line offers a wide variety of products designed to operate in point-to-point and point-to-multipoint scenarios. By empowering cutting edge hardware with robust software technology to handle the security and management needs of today’s growing wireless infrastructure, LigoWave products deliver a customized wireless solution with performance and stability unparalleled in the wireless market today.

“While we would be looking at the ISP market with immediate effect, LigoWave can play a major role in India’s future as Smart Cities and Digital divide which will be built on wireless broadband. LigoWave also views India as a huge opportunity in Smart Cities and rolling of wifi on moving vehicles. We have already passed the pilot run and plan to implement Internet connectivity with the Beijing Transport Department,” said Mr. Girish Nair, Head Sales – SAARC region, LigoWave.

LigoWave has recently launched its highest-end point-to-point Rapidfire equipment for the telcos and carrier-grade customers. With an unwavering determination to exceed basic performance, LigoWave has developed proprietary protocol that breaks the limits of standard wifi. For wireless indoor solutions, LigoWave offers their Infinity product line for simpler network setup and management while delivering consistent performance to multiple clients. With its enhanced Cloud Access Controller, LigoWave customers now have the ability to service a wide range of wireless applications that can be easily managed anytime, anywhere.