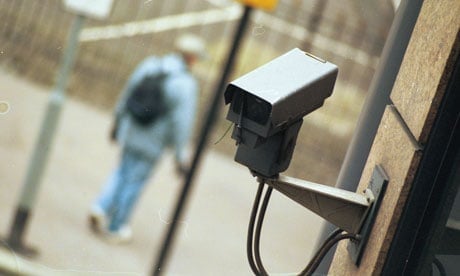 In today’s rapid pace of technological innovation Video analytics has a big focus on cctv surveillance. What was hoped for in video analytics technology is finally coming true. The vast improvements in its reliability, efficiency and capability have pushed analytics from the periphery to the mainstream. Everybody requires it, the corporate, governments, Defence, Banks and the Citizens, it has crossed all possibilities the users and the environment can be any.

The live person watching is replaced with live video analytics for a more efficient, focused and in-depth analysis of suspicious activities, guards add to the disadvantage of having a lower level of attention or carrying different perspectives of suspicious activity, thus suspicious behavior is harder to recognize even by security guards. Intelligent video analytics is smarter than before the security guards can miss something but not the analytical cctv cameras, they intelligently identify potential suspicious behavior in scenes and objects being observed.

Currently, the main benefit derived from CCTV camera is that it is seen a vital element of deterrence due to the perception that anyone performing an illegal act is being watched making them think twice, and their capability to identify and prosecute the criminals after the happening. However, there is a growing desire to see if CCTV can be turned into a more proactive tool. These are predictive tools to stop brewing problems and preventing incidents before initiated. The simple camera has become an intelligent business tool; by embedding video analytics in the camera the end users can use it for specific data analysis and actionable intelligence for functions such as safety, health, personnel management and even marketing.

Video Analytics provides advanced video surveillance and situational awareness, enabling security data to be managed and shared effectively by cctv’s and other security devices such as motion detectors, sensors and alarms. It establishes safer living conditions and fast response to encountered threat in the event of a security problem or emergent situations. The goal of video analytics in cctv’s is to refine the video data to collect and squeeze relevant information for analysis and if required take needful actions fostering threat protection and deterrence enabling proactive response and keen situational awareness.

Video analytics software reviews the mass surveillance video that a security guard or system manager may never even bother to watch. The analytical surveillance system is as useful as the incidents captured and watched, and video analytics will help find the hidden and missed safety loops. One misconception about analytics is that they are considered as just advanced motion detectors. The intelligence in analytics systems offers massive reductions in false alarm generations compared to standard motion detectors.

Using video analytics makes the surveillance system more efficient, helps to capture the full value of security video by making the IP camera system more intelligent in its work. This analytics software can be installed in the cctv camera or NVR. The users have the benefit of using this software differently according to their needs, setting the parameters of the activities, the alert notification system to create alerts meeting the search criteria of the software.

For home and perimeter protection it identifies specific areas of intrusion and triggers alert alarms to events important to them to ensure only specific activity is recorded. This includes virtual fence lines that will trigger when an intruder climbs over it rather than when a guard patrols along it, motion sensors that trigger when identify things or intruder in specific directions and alert areas, such as nearby roads. Alerts are only triggered when individuals or objects move in a particular direction across a zone, or when they move into a zone but not when they leave it.

Filters provide the software with the ability to only detect adult people of a specified size and ignore false alarms from small animals and children. Operating effectively with both indoor and outdoor cameras Video Analytics can be used for a wide range of applications including intrusion detection, perimeter protection, vehicle monitoring. Many businesses and households can use intelligent surveillance systems to detect motion at their premises and scare criminals away.

From a technology standpoint, meaningful and efficient safety and security solutions can only be offered via a combination of diverse technologies of intelligent video analytics and the IoT devices to maximize reliability and minimize false alarms.

The Video analytics trend is destined to continue in the coming future. The good news is that more and more video management software developers and network camera manufacturers are recognizing that Video Analytics is the next big opportunity for installers and system integrators to win new businesses, and most importantly deliver added value services with supreme technology to users who are looking to maximize their return on investment in a analytical video surveillance systems.