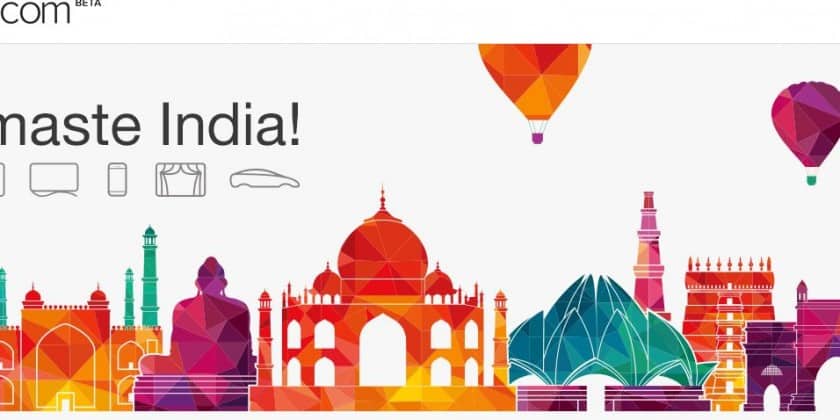 Letv, a Chinese internet company, is expanding its e-commerce business to India through the launch of LeMall.com India on 15 November, 2015. The website can be accessed on http://in.lemall.com/

At the end of October this year, Mr. Jia Yueting, CEO of Letv, announced the company’s plans to enter into the Indian market at a launch event in Beijing. Recent posts from the company’s official Facebook page also indicated that it’s mulling to expand into the market, by launching a competition for its fans – who stand a chance to win tickets to the launch event on guessing the correct date for announcement of its products in India.

The launch of the website is Letv’s first and crucial step in making foray into India. The company displayed on its homepage “Namaste India” (Hello India), along with the Facebook post about guessing the launch date of Letv Superphone in India as well as a brand video. The page is also connected with LeMe Community where the company interacts with its fans in United States and India who they called “LeMe” (fans of Letv). However, products are not yet available on the website.

So far, LeMall.com has been available in Mainland China, Hong Kong, U.S. and India. LeMall.com was first launched in Mainland China in 2013, with addition of its Hong Kong version in August 2014 and U.S. version in November this year. The company’s sales have been benefiting from these online portals. Internet reports show that LeMall is ranked among the top three B2C e-commerce websites in China, following Tmall.com and JD.com. Letv has recorded sales of $239 million across all e-commerce platforms, including its own LeMall.com during the past November 11th “Singles Day” shopping spree. 107,000 units of Le Super TV have been sold solely on LeMall.com, with its sales amount reaching 290 million Yuan (around US$ 48.3 million).

LeMall’s coming to India is a signal, that Letv with its super products as well as the whole ecosystem is on its way to Indian market.

Posted by: DQINDIA Online
View more posts
Tags:eCommerce, lemail.com, Letv
Letv launches LeMall.com to set foot in India 4.5 out of 5 based on 2 ratings. 2 user reviews.
mCarbon boosts global footprints, expands its business in Middle east and Africa
Letv to enter the Indian Market with disruptive pricing for the super phone

3 responses to “Letv launches LeMall.com to set foot in India”