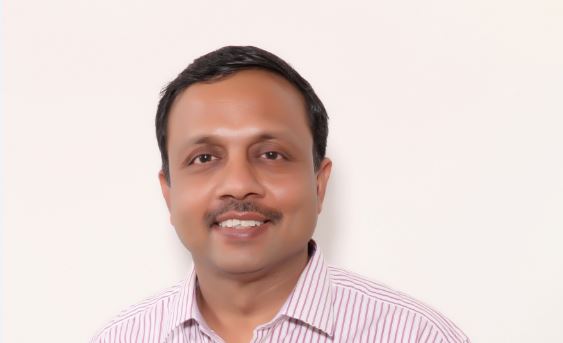 Lava is one of the leading homegrown mobile phone brands which have given tough competition to the popular global brands. The company has also invested in an assembly-line in Noida where it has been making smartphones since April 2015. Dataquest spoke to Sanjeev Aggarwal, Chief Manufacturing Officer, Lava International to know more about its plans for the future.

Has your company started to make in India?
Lava’s contribution towards ‘Make in India’ initiative kick-started in the form of our 1st assembly plant at Noida in April, 2015 with a plan to deliver 1 million phones/month, which we achieved successfully last year. We have plans to increase our manufacturing facilities’ overall capacity to 216 million units per annum in the next 5 to 8 years, which will entail an investment of Rs. 2,615 crore, of which Rs.500 crore will be invested over the next two years. Going forward, Lava will be investing in two green field integrated manufacturing projects. First one will be in North India at Yamuna Expressway for which 25 acres of land has already been allotted by UP govt. We also have 20 acres of land allotted to us by the government in Tirupati where we will have a manufacturing facility, our first in Southern India.
Under ‘Make in India’ initiative, Lava is also steering the mobile phone design roadmap in India which will enable Lava to establish an ecosystem for mobile phone manufacturing in the country.

Where is your factory in India? Is your factory just an assembly-line where various components, manufactured somewhere globally, are assembled together? What are the products or devices being manufactured in it?
Apart from our 1st assembly plant at Noida, we are setting up another assembly plant which will be operational by August, 2016 with a capacity of producing 1.2 million phones/month. By the end of this year, our complete product portfolio will be made in India. Lava assembly plant became ISO 9001:2008 certified for Quality Management System in December, 2015. Through a stringent quality control and assurance procedure in our manufacturing process, our products, which are made in India, have a product failure rate (PFR) 50% lesser than the same products made in China. As mentioned earlier, we are also working on developing a mobile phone manufacturing eco-system in India and to enable that we are also establishing Mobile Phone Design center in India.

What are the regulatory challenges that manufacturing company face in India? What are the challenges do you see for make-in-India initiative?
Government of India’s dedicated focus on the ‘Make in India’ initiative has resulted in a phenomenal growth of the Indian mobile handset industry. Some of the initiatives such as enhancing differential duty advantage in favor of domestic mobile handset manufacturers, extending the last date to file M-SIPS application by 5 years thus allowing new investments to be eligible for 20%-25% capex subsidy over the next 5 years, availability of skilled manpower at substantial cost advantage and handholding and availability of critical fiscal/non-fiscal incentives by key states have contributed to this growth.

‘Make in India’ initiative should continue to look at encouraging entrepreneurship, giving entrepreneurs space to grow in a concerted way to take it success to next level. Also manufacturers should focus on linkages with the global value chain for ‘Make in India’ to become a real success. Furthermore, our labor laws and local tax structures need to be more conducive to align themselves with current industry dynamics.

Does India have the necessary infrastructure to support the ‘Make in India’ initiative?
India is well positioned as far as manufacturing is concerned, having a capable demographic dividend. With 1.2 billion people India has long been an economy with tremendous promise. However, the country is yet to translate its potential into a global power – a recognition which it truly deserves. The key lies in turning our biggest resource i.e. our population to our advantage – creating an ecosystem which positively impacts life of every Indian. While the government is taking appropriate steps such as ‘Make In India’, ‘Stand Up India’, ‘Digital India’ and many more, corporates need to their bit much more aggressively.

Today, when manufacturing in India is at the intersection of design and technology, our design capabilities will be the next major inflexion point in the history of building smartphone production ecosystem in this country. For developing the design capabilities and to start local manufacturing of critical components, India needs to develop incubation, testing and development centers. The manufactures also need uninterrupted utilities like power and water. Also, major improvements are required in logistics infrastructure like ports, inland transport, custom infrastructure and more.