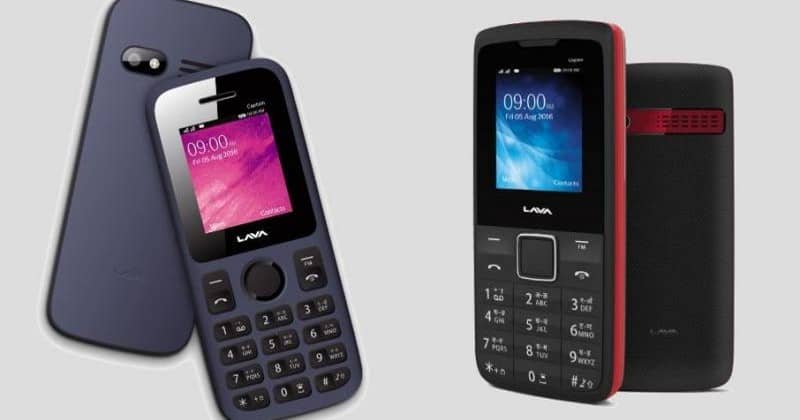 Both Captain N1 and Captain K1+ exhibit 4.5 cm (1.8”) screen for better viewing along with a 3.5 mm audio jack port and wireless FM for a holistic entertainment experience. Both the handsets are equipped with a rear VGA camera, which records video and even allows digital zoom to capture images. Captain N1 and Captain K1+ also have bluetooth and auto call recording feature.

Multi-lingual support on both the devices enables users to bridge the language barrier and help in communicating in the language of their choice. Captain N1 comes with in-built support for three Indian languages – Hindi, Tamil, and Telugu, while Captain K1+ supports Hindi, Marathi, Gujarati, Telugu and Kannada. Captain N1 is also pre-loaded with ‘FunCall’ app, adding a fun element to the users’ experience as the app allows to change voices into funny ones during a real phone call.

Announcing the launch, Gaurav Nigam, Product Head of Lava International said “Our Captain series of feature phones celebrate our partnership with Mahendra Singh Dhoni and stand for trust, reliability and performance. We, at Lava, believe in building a truly endearing brand and at the same time offer devices which enhance the overall experience of consumers through technological excellence. We take pride in our commitment of reliability to consumers and we can assure that we take every step to ensure that Lava never lets them down”.

With an aim to support the government of India’s initiative to digitally empower people of the country, LAVA’s inclusion of a new series of feature phones in its portfolio of affordable handsets showcases the brand’s continued commitment towards connecting and empowering every Indian. Captain N1 and Captain K1+ will be available in the combination of Black-Red; Black-Brown; Black-Dark Blue color variants, nationally across all retail stores and multi-brand outlets. Consumers will get manufacturer warranty for a year for the devices along with 6 months’ warranty for the in-box accessories which include battery and a charger.

LAVA International announced the launch of Helium 12; with the first-ever screen size of 12.5…

Current Scenario: As the Indian cellular market goes through consolidation and aggressive 4G roll out,…