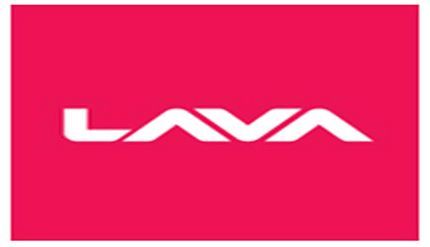 Ritesh Suneja, Group CFO, Lava International Limited has been awarded as the Best Chief Financial Officer under the CA-CFO category at the 10th Institute of Chartered Accountants of India (ICAI) Awards 2016 held in Chennai recently. Ritesh Suneja was felicitated by Thiru O. Panneerselvam, then honorable Chief Minister of Tamil Nadu.

Ritesh Suneja was awarded among other nominees across different organizations and industries, who were evaluated based on multiple indicative financial and managerial parameters such as – managing financial risk, handling acquisition & mergers, spearheading regulatory & legal compliances, adhering to corporate laws, bringing positive impact on the organizational revenue, following best financial practices, and having a professional certification.

At Lava, Ritesh Suneja is responsible for strengthening the overall financial health of the organization along with managing the legal, secretarial, compliance & process automation aspects of the company. As a versatile leader, he has added significant value to Lava’s contribution towards ‘Make in India’ initiative by suggesting many taxation policy changes to the central government. He is a qualified Chartered Accountant and MBA with over 16 years of experience in design and delivery of financial assignments across USA, UK and India. He has studied capital market transactions including Mergers & Acquisition at his stint at IIM Bangalore.

Prior to joining Lava, Ritesh has been engaged as the CFO by offshore listed companies. A CA at 21, he was 29 when he led the listing of a Dubai based company on New York Stock Exchange. In one of his earlier roles he was the group finance controller of a UK listed multi-billion dollar energy conglomerate.

Ritesh is also a prominent member of the Committee for Professional Accountants in Business and Industry (CPABI) where he encourages close linkages between the Chartered Accountants, business houses and ICAI.

Commenting on the accolade, Ritesh Suneja, Group CFO, Lava International Limited said “It is humbling to receive this honor as the Best CFO by an esteemed committee such as ICAI. I am really thankful to ICAI. This award is also a great testimony of the team work which we put together at Lava. And, the award comes with a lot of responsibility and raised benchmarks which I will strive to match up to, day-on-day”.

The Institute of Chartered Accountants of India (ICAI) was set up by under the Chartered Accountants Act 1949 of the Parliament. Functioning under the administrative control of the Ministry of Corporate Affairs (MCA), it has a membership strength of above 2.5 Lakh people. The prime role of ICAI is to act as a regulator, trend setter, and educator. ICAI serves as the ‘Partner in Nation Building’.

LAVA International announced the launch of Helium 12; with the first-ever screen size of 12.5…

Current Scenario: As the Indian cellular market goes through consolidation and aggressive 4G roll out,…