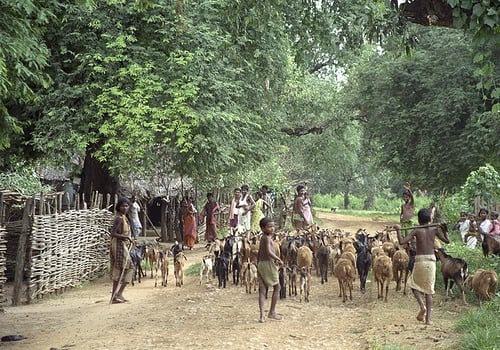 Tribal communities of India are self-sufficient groups who rely on their land for livelihood and are distinct or very much different from a state, developmentally and historically. In other words, these communities are the reflections of a nation’s diverse past. These communities in India unfortunately, do not enjoy the privilege of basic necessities even in the 21st century. Henceforth, the focus of Digital India in tribal areas is on creating infrastructure. This is important because without the basic infrastructure how can the government roll out its services? In an exclusive interaction with Dataquest, Rajesh Aggarwal, Joint Secretary of Ministry of Tribal Affairs explains the stark gap which needs to be bridged. 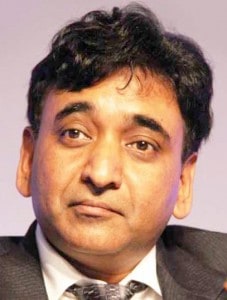 As Joint Secretary of Ministry of Tribal Affairs, what are some of the biggest challenges that you are facing?

Tribal communities are traditionally living in remote and hilly areas where connectivity is poor and proper supply of power is an issue faced very commonly. Though many remote areas have been electrified but electricity is not yet stable. Similarly mobile tower connectivity, especially in Naxal districts is very poor. So lack of basic infrastructure is really hampering the pace of growth which could be otherwise attained easily. It has an impact on almost every scale. The roads are not good, doctors and teachers do not go to various Naxal prone areas and mobile towers do not exist there.

Unfortunately, on the infrastructure side, tribals fall on the wrong part of geography. There are very sparsely populated areas so it is not viable for private sectors also to move there. All the big shot companies or even the small ones go where the business is, where it is viable. So that is where we have to deal with these remote areas in slightly different fashion. The government has to become more proactive in these areas. Cities can be relied on the private sectors but those remote areas require more government interaction due to all these infrastructure issues.

Secondly is the gap between literacy and digital literacy level. Obviously the gap between people living in those areas v/s people not living in those areas is quite high. So this again translates to not being able to use whatever technology which goes there. Even if they get mobile towers and connectivity or a CSC goes there, they will not be tech savvy or digital literacy savvy to be able to use services very effectively. These are the issues we are dealing with.

What steps are being taken for developing the ICT infrastructure in Left Wing Extremism (LWE) areas?

The government is trying to connect PDS systems to Aadhaar systems through online authentication systems. But obviously in Adivasi areas you will have more problems in may be finger prints and also lack of connectivity and mobile towers. To overcome these challenges, we have identified about 94 districts with 50% schedule caste population and have written to all the state governments and departments requesting to really work on these areas. We will also give funding and central assistance to the states as well as the ministries here. We are trying to push infrastructure projects such as solar power systems for areas without electricity.

How are you monitoring the transformation which the government is trying to generate in these areas?

Our ministry has been directly monitoring allocation for welfare of scheduled tribes. We will be monitoring it closely. A software has also been developed which helps in analyzing state wise and scheme wise expenditure on whether the states are spending on these 94 districts or not. This will probably result in more focused attention. However, the question of non-viability in remote areas remains as it is. Government is bound to reach till some extent but if the private sectors do not find them viable then they will not work there as it is slightly risky as well to go in Naxal prone areas.

What kind of mindset change needs to be infused to bring hastened success for Digital India?

We should not stand for electronic transactions but first we should root for eliminated transactions. The government first needs to eliminate a lot of unnecessary steps in the whole transaction process. Why do we have to handle so many documents and go through so many processes in this digital age? I believe, instead of issuing smart cards, why not eliminate the need to keep such documents or cards with you at all times and rather store all the database on a secured digital platform which can be accessed by the authorities if and when needed. This can help in eliminating the need to carry many cards and documents like license, doctor’s prescription and other cards.

Another aspect that the government can look upon is eliminating the need to fill Form-6 to become a voter. Now that the Election Commission advices people to fill the form online and feel hassle free, then this process can be made even easier through electronification. The UIDAI has the birth and address information of all citizens which tells them that a person is turning 18 on certain date. This important piece of information can be used by sending an SMS to people a few days before their birthday asking them if they would like to become a responsible voter on the given address in the Election Commission’s records. If the citizen replies yes, a compulsory notice should be published immediately on the Election Commission website where anyone can object or accept.

Have you been able to implement any such distinctive ideas in the Tribal Affairs Ministry?

We have been trying but implementation takes time. After a lot of struggle, people in urban areas as well have finally now moved out of the traditional paper system to the electronic method of doing things. But in tribal areas we are still struggling with much more basic issues.

In the 50-60s, the country transformed from the basic demand of roti, kapda and makaan to next level of infrastructure- bijli, paani and sadak in 70-80s; then it moved to health and education. But now the requirement of villagers has become mobile towers and good communication services. This is the scenario we have noticed in Maharashtra villages but in Adivasi areas we are still stuck at fulfilling the basic demands of food and water in some; and power and roads in other. The gaps in these areas are appalling.

For tribal population, a big issue is land isolation. Unfortunately, the best sites for hydro-power and mining coincide with tribal areas. So this conflict of development v/s protection of country hinders the process of development. Technology plays an important part in balancing this as open mining is displacing a lot of tribal population and polluting those areas then underground mining is a solution available to it. Modern technology can be used here to reduce this conflict. The development is in process and has reached some levels but it is still deficient in many areas.