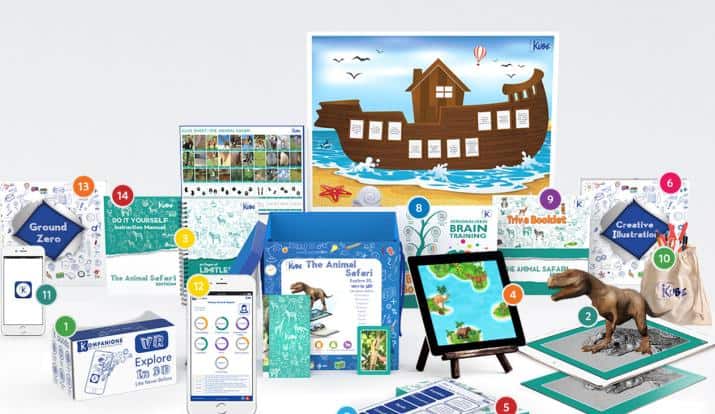 KOMPANIONS is an innovative technology organization with a vision to re-visualize education and to make the learning processes fun, easy and impactful. Children today know the theory very well but lack in execution. The company firmly believes that it is the blend of both theory as well as practical application that leads to complete knowledge. It facilitates creative and logical thinking in learners. All the products of the company focus on building knowledge and thinking skills to make the child future ready.

The core problem that the organization is trying to solve (via its various offerings) is a three-part issue:

Distinct Products Offered By the Company

The company is mainly reaching out to school and institutional segments in India through the following products:

KANVAS is a movie making project for schools, exposing students to aspects of acting, editing, screenplay, music recording and more.

KOMPANIONS is using state-of-the-art technology to bridge the learning gaps by bringing products to children that are highly engaging and educational. The organization is trying to transform the education landscape to impact learners for life. The company plans to achieve path breaking feats in this process.

“The route of Strategic alliances and project led tie-ups is being followed for these. We are also being approached by corporate for employee gifting programs, virtual and augmented reality integration for purposes of marketing and corporate communications,” says Yuvraj Krishnan Sharma, Co-founder & Director of KOMPANIONS.

He concluded by saying “We are working with some of the leading schools such as St. Soldier’s School – Panchkula, Euro International School – Sikar, Stepping Stones – Chandigarh, Kunskapsskolan School – Gurugram, Vedant Kids – Jaipur, and St. Xavier’s School – Jaipur. We have also recently collaborated with one of the leading global publishing houses.”