Knowlarity, the world’s leading cloud communications company, has recently appointed Ajay Shrivastava, as its Chief Technology Officer. Ajay was the the Head of Technology at OYO Rooms before. Ajay has been a technical leader in start-ups as well as established global leaders such as Intel, Adobe, Microsoft, Expedia, SlideShare, LinkedIn and OYO. Considered a veritable tech wizard, he specializes in high-performance execution of technology and will be bringing this prowess on board at Knowlarity to further bolster its tech infrastructure. 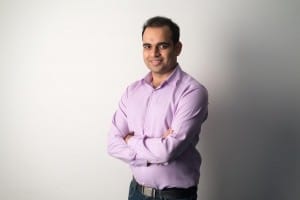 At OYO, Ajay spearheaded the seeding and growing of OYO’s technology and team from scratch. He headed technology for the company during the phase in which OYO grew exponentially from 4 to 200 cities, from a handful of hotels to 7000+ hotels, and from few employees to 2500 employees across the country. Having diverse experience in building brands from the ground up to working with some of the largest companies in the world, Ajay has an instinct of identifying which strategy to apply at what stage of a company and how it should evolve with the growth of the venture.

Commenting on the appointment, Knowlarity’s CEO Ambarish Gupta said, “It gives us immense pleasure to welcome Ajay on board. He is one of the most dynamic and respected leaders in the Indian technological sphere. He will help Knowlarity to cement its leadership in Cloud Telephony industry. With his leadership, we will establish technology as the fulcrum of Knowlarity’s operations.”

The company has also announced the launch of a  tech blog. The blog will feature expert opinions, insights, stories and experiences from Knowlarity’s Engineering, Design, and Product teams. Ajay’s writings will be a great addition to this blog, as these are already quire popular, and are read and followed by young professionals as well as industry veterans.