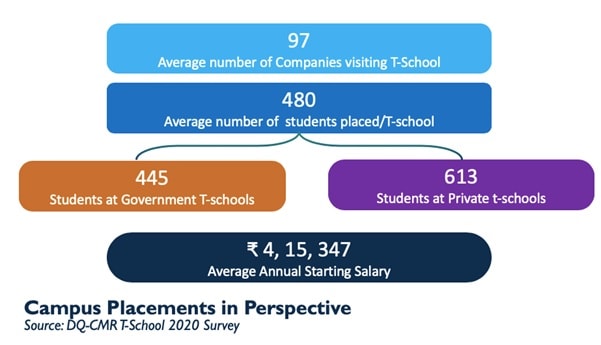 Among the top-performing T-Schools, there are some common shared characteristics:

* These T-Schools have a strong industry exposure, and facilitate industry engagement with student. In addition, the student-industry engagement is intensified through invited expert lectures as well as workshops.
* They have strong knowledge collaborations with the industry, and actively seek their inputs and guidance in refining, and making their curriculum industry-relevant.
* There is a strong focus on fostering incubation and innovation at such T-Schools. This is made possible through entrepreneurship programs involving industry, as well as getting industry support for incubation units and in establishing innovation centres.

While T-School placement cells are the primary route for students getting placement, what the data does not account for is the fact that there is a small percentage of students who are turning entrepreneurial, and others, who seek to pursue PhD programs.

As highlighted earlier, T-Schools need to reorient themselves, and be more closely integrated with the industry ecosystem, and not just merely from a job placement perspective.

At the T-Schools campus placement season last year, an entire array of industries were represented on campus, ranging from sectors such as engineering to IT, and from analytics to consulting. Beyond the traditional industries, including domestic homegrown and multinational firms who lead in their respective industry domains, one other key trend during the placement season was the sheer presence and scale of tech start-ups on campus.

These included major start-ups showcasing their open work environments, and enticing students with the opportunities to be entrepreneurial risk-takers, with the opportunity to make and own tangible contributions, and with a wide-ranging array of perks, including owning equity.

Academic environment
The first wave of T-Schools in India were established post-independence with a focus on imparting high-quality training through a limited number of T-Schools. 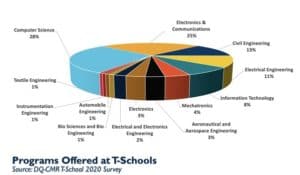 Thereon, the Government’s focus became more oriented towards primary education, while the rapid demand for higher education was increasingly met by established Government T-Schools, Centres of Excellence, and a new wave of Private T-Schools.

The DQ-CMR T-School Survey 2020 findings illustrate that T-Schools are offering an eclectic selection of streams for students, ranging from computer science to electronics and communications, and from mechatronics to textile engineering.

As per the DQ-CMR T-School Survey results, the top three streams offered at T-Schools include computer science, electronics and communications, and civil engineering. 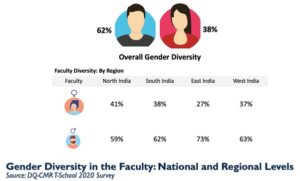 As a consequence, some T-Schools hire ad-hoc, part-time faculties, who are not incentivized enough to stay and make a change. These moves are driven by the focus on maximizing profits, or partly by the lack of qualified professionals in teaching profession. 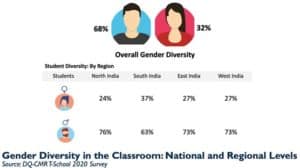 Campus infrastructure
The campus infrastructure at T-Schools has grown and evolved to support learning and operations, while also ensuring security for students. According to the DQ-CMR T-School Survey results, it is interesting to note that some T-Schools are fairly well-advanced in their digital transformation journey. 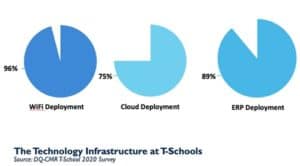 A majority of the T-Schools surveyed in the DQ-CMR T-School Survey have cloud and ERP deployed. On the other hand, most T-Schools have established foundational IT infrastructure, including laptops and PCs for their students, with broadband connectivity provided through wired LAN network, as well as the WiFi. 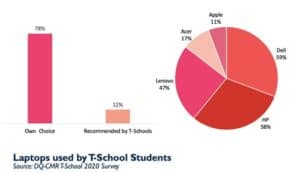 In terms of laptops, the BYOD culture amongst students is strong, with 78% opting for their own devices. Only 12% T-Schools recommended laptops to their students. Dell, HP and Lenovo are the top three most preferred laptops amongst students. Amongst digitally advanced T-schools, Apple MacBook features as a key choice.

Another key component of campus infrastructure at T-Schools pertains to providing a secure and safe learning environment for students. As per the DQ-CMR T-School Survey 2020, some T-Schools are fairly advanced in their IT readiness. They are acquiring surveillance and access control systems for security. On the other hand, there are T-Schools that need to focus on scaling-up their digital infrastructure, for academics, administration as well as students.

Engagement with industry ecosystem
For T-Schools, the industry engagement is key for T-Schools from the perspective of attuning themselves to industry needs, enhancing existing pedagogy, and, most importantly, providing foundational training and exposure to students. Industry engagement provides students with opportunities to put their classroom learnings into a real world context, gaining perspectives and experience in their future career pathways.

A key component of industry interface is conducting industry guest seminars on campus by subject matter experts. On an average, 58% of the T-Schools reported conducting such seminars in 2019, while at the regional level, T-Schools in North and South India have reported >50% such seminars during the year.

It goes without saying that such industry seminars is key for revitalizing the research focus and enabling students therein to get real-world experience.

An overwhelming 93% of the T-Schools in the DQ-CMR T-School 2020 Survey reported having an MoU with an industry partner. Private T-Schools are more proactive, and dominate over Government T-Schools in having such MoUs.

From the perspective of industry, such partnerships with the T-Schools, including the faculty helps them get access to quality research, and resolving problem statements that they maybe facing. Some large enterprises, as part of their engagement, would also fund the research project.

Apart of large enterprises, other entities including, mid-sized enterprises and start-ups look at tapping T-Schools for access to knowledge, facilities as well as graduate students.

Beyond seeking answers to their problems from T-Schools, industry also benefits from such engagements in gauging the problem understanding and research acumen capabilities of the students working on such projects. This, in turn, helps them assess the employability of the students passing out from the T-Schools.

At a regional level, faculty at T-Schools in Western India have a higher share of such assignments, benefiting from significant industry presence in the region, while those in Eastern India lag behind.

The overall takeaway from this study is that the symbiotic T-School and industry partnerships are moving in a clear direction. T-Schools gain from industry inputs on the pedagogy and are able to prepare the industry-ready skilled workforce. In addition, industry also supports with the technology, infrastructure and other resources needed for uplifting T-Schools.

On the other hand, the industry benefits from T-School know-how and expertise, and the manpower therein – both faculty and students.

The top 2 government and private technology institutes took the honours of No 1 and 2 respectively. IIT Kharagpur and BITS Pilani, were adjudged the top 2 t-schools as per the research findings. Apart from good academic track record and the adequate infrastructure, the T-School has scored high on the industry engagement as well as the placement.

Among the top 10 T-Schools in the country, 7 are government owned while the remaining 3 positions were filled up by the private institutions. Many of them are as old as over 25 years, with a few established some 10 years ago.

While, it is overwhelming to see that T-Schools from across the country have made it to the Top 10, North is represented only by Netaji Subhas Institute of Technology, Delhi. A close to half, 46% of the best t-schools were from South, followed by North, West and East, in that order.

The 2020 T-School survey from DQ and CMR have thrown some interesting insights, and a…

Here are the key findings from the Dataquest Top T-School 2020 survey. Academia-industry partnerships to…