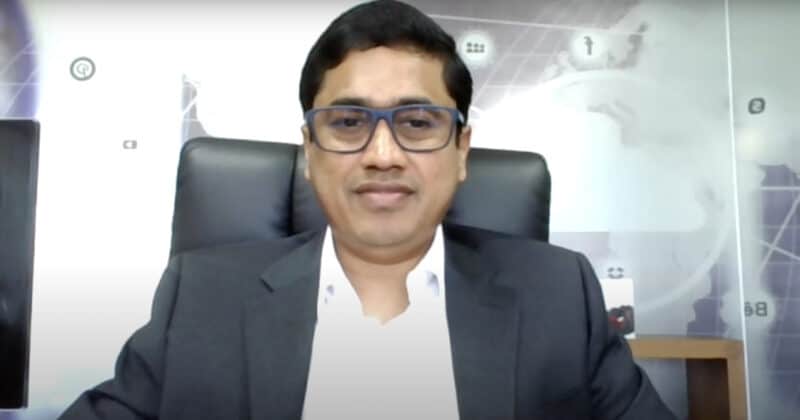 John M Thomas, CEO, Kerala State IT Parks recently spoke to Dataquest about how the pandemic has impacted the IT industry in Kerala

As you may already know, Kerala is emerging fast as a major player in the Indian digital economy. Kerala is one of the most prominent IT destinations in India, and has been ranked 8th in export by STPI registered IT and ITES units. The Technopark in Thiruvananthapuram, Infopark in Kochi, and Cyberpark in Kozhikode have more than 800 companies that provide employment to over one lakh IT professionals in India. To speak more about the thriving IT industry in Kerala, John M Thomas, CEO, Kerala State IT Parks, Government of Kerala, recently interacted with Dataquest.

John spoke to Dataquest about how the pandemic has enabled the IT industry in Kerala. “While the pandemic struck Kerala very hard, it has been a relatively good time for the Kerala IT industry. We have witnessed a general resurgence in digitisation in multiple industry verticals, which means it’s a great time for business for IT companies in Kerala. We have seen tremendous growth in sectors like digital transformation, and Industry 4.0 areas like big data, artificial intelligence and cybersecurity – both on services and product side of IT companies. This has translated to fairly healthy revenue growth during the COVID-19 period,” said John.

John also spoke about how the Kerala State IT Parks arranged for work from home, and transportation to help employees continue working despite the pandemic condition. “To make sure that IT companies’ work does not get impacted, we made sure that we always had 5 to 10 percent of the IT employees that were essential for network support and system administrators among others travel to IT parks so that the impact of the lockdown is not felt by IT companies. This was done with guidance from disaster management teams,” he said.

Recently, Pinarayi Vijayan, Chief Minister, Kerala had also given a similar statement. The minister had said that the information-technology industry in Kerala had exhibited impressive growth with the opening of 181 new companies in IT parks and the creation of over 10,000 new jobs. “Undaunted by the pandemic, Kerala’s IT industry is booming. As a result of the development activities and concessions implemented to overcome the Covid crisis, a total of 181 new companies were set up in 3 major IT parks and 10,400 new jobs were created during the last 2 years,” he had said.

Upon resuming normalcy and work from office in lieu of the drop in COVID-19 cases, John added that it was the prerogative of the companies and not Kerala State IT Parks. “We do not mandate how the companies that are resident in the IT parks should conduct their business. However, we do support the hybrid model as we have witnessed that while companies have been operating in hybrid mode, the percentage of in-office staff has been steadily increasing over the past 3 to 4 months. From 5 to 10 percent during the pandemic, the number of employees working from office has now increased up to 50 percent. The companies take this call – while some are happy with remote work others have to resume work from office due to client mandates,” he said.

Posted by: Supriya Rai
View more posts
Kerala IT Industry Growth Has been Enabled and Not Hurt By the Pandemic: John M Thomas, CEO, Kerala State IT Parks 0 out of 5 based on 0 ratings. 0 user reviews.
Responsibility for AI ethics shifts from tech silo to broader executive champions: Study
If Twitter Board Acts Contrary to Shareholder Interests, They Would be Breaching Fiduciary Duty: Elon Musk