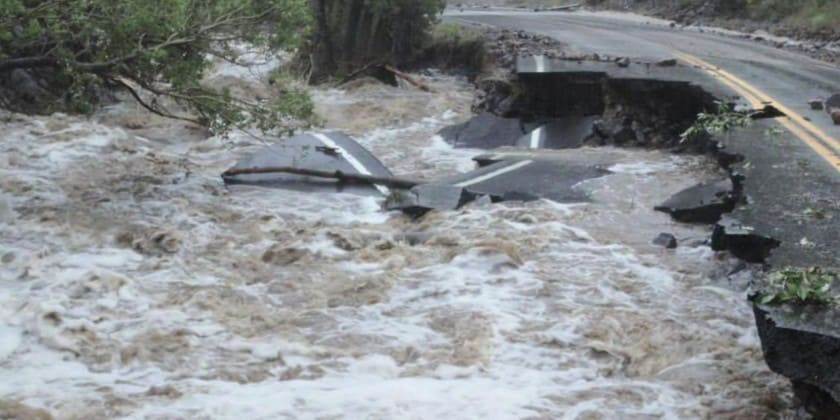 Kerala, one of the most popular and picturesque states in the country, is facing one of its worst times in over a century. Instead of the usual pictures of beautiful lakes and greenery that are circulated in regard with Kerala, now heartbreaking pictures of flooded streets, broken homes and people crying is what one gets to see on the internet. Hundreds of people have lost their lives, and thousands are stranded in relief sites after losing their homes. Nevertheless, people in flood hit areas can now breathe a sigh of relief as the worst may be over for Kerala. India Meteorological Department (IMD) predicts a decrease in rainfall, and some areas are already showing receding water levels.

IMD had previously predicted’ excess’ rainfall for certain areas in Kerala like Thiruvananthapuram, Palakkad , Kozhikode, and Kottayam. Although the centre and state governments, citizens, telecom and e-retail sectors are now contributing significantly to help Kerala overcome the flood situation, the reason for the lack of preparedness to face the floods even though IMD had predicted strong rainfall this season is unknown. IMD predictions must be taken seriously as they do have several sophisticated instruments and technology to predict weather conditions.

Basically, in simple terms, how weather is forecasted is that meteorologists collect all the data they possibly can in regard to the current state of atmosphere like humidity, temperature and wind. They then use this data to determine how the atmosphere evolves in the future with the help of meteorology. To collect the data related to current atmospheric conditions and to predict future weather conditions, meteorologists use a range of sophisticated instruments from satellites to supercomputers. The super computers then use numerical forecast equations to create forecast models of the atmosphere. Recently, the Government of India added two supercomputers by the name ‘Pratyush’ to predict weather accurately.

Weather forecasting models in place are Numerical weather Prediction (NWP), which focuses on taking current observations of weather and processing these data with computer models to forecast the future state of weather and Global Ensemble Forecast system (GEFS), which is a comparative weather forecast model to quantify the amount of uncertainty in a forecast. Some simple tools used by meteorologists to gather data on current weather conditions are thermometer (for temperature), anemometers (for wind speeds), and barometers (for air pressure). Meteorologists also use satellites to observe cloud patterns, and radar is used to measure precipitation. Such data centres are setup across the country to record atmospheric conditions.

Apart from satellites, IMD uses upper air and surface instruments manufactured in-house to predict weather. IMD’s upper air observational network has 39 radiosonde and 62 pilot balloon observatories spread across the country, according to its website. Radiosonde is a battery-powered telemetry instrument carried into the atmosphere usually by a weather balloon that measures various atmospheric parameters and transmits them by radio to a ground receiver.

The IMD also monitors environmental conditions using instruments like ion chromatograph, UV-VIS spectrophotometer, atomic absorption spectrophotometer, semi-micro Balance, pH  and conductivity meter. These instruments can effectively gauge the particulate matter in the atmosphere and tell us how polluted the air is. IMD also has networks across the country for measuring aerosols, black carbon concentration and bio-mass burning component. In a recent media announcement, IMD reiterated its commitment to enhance weather prediction system for more accurate forecasts and probability assessment for severe weather conditions.

Posted by: Supriya R
View more posts
Tags:Keral Floods, Technology behind wetather prediction
Kerala Floods: The Technology Behind Predicting Severity of Weather Conditions 0 out of 5 based on 0 ratings. 0 user reviews.
Kerala Floods: IT, Telecom, E-retail Sectors Come Together to Lend a Helping Hand
Manchester United Shoots for Success with a ‘Digital Experience Platform’ Powered by HCL