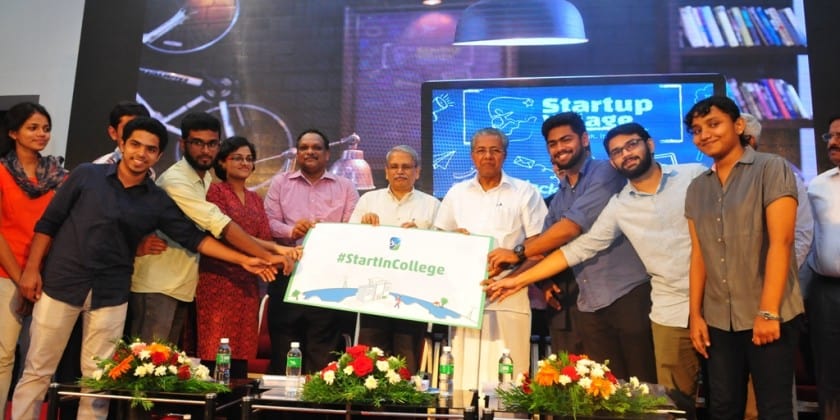 “The State will fund 1,000 startups every year with Rs two lakh for converting ideas to prototypes. The best prototypes will be given Rs 1 crore interest free loan to convert the prototype into a successful startup.”

SV.CO, the digital business incubation platform that constitutes the second phase of Startup Village, is India’s first PPP model technology incubator set up in Kochi in 2012. During its first phase 2012-15, it supported more than 500 startups and helped create 3,000 jobs.

With SV.CO, Startup Village will scale up its activities massively by reaching out five million students in 3,500 engineering colleges across the country by providing them a completely digital incubation framework, ranging from application for admission to teaching, mentoring and graduation. It will thus provide opportunities to brilliant and driven students in far-flung cities and towns who may not have access to physical infrastructure or the mentoring that they need in the early stages of entrepreneurship.

In tune with the Prime Minister’s Startup India initiative and with a go ahead from the Central Government’s Department of Science and Technology, SV.CO provides #StartInCollege# programme, offering a month of free training to students in entrepreneurship on its online platform.

Students can form teams and apply at www.sv.co. Once selected, they will be guided right from picking an idea to building a prototype and its launch to early customers within six months. Based on whether customers like the product, teams can then graduate to incubators, accelerators, raise angel funding, and even get acqui-hired as a team or hired to other startups or go for higher studies.

“SV.CO is venturing into unchartered territory and creating a new model of how to go beyond physical space to reach out to potential entrepreneurs across the country and offer them mentorship, networks and infrastructure,” said Kris Gopalakrishnan, Infosys Co-Founder and Chief Mentor of Startup Village.

SV.CO started out to an overwhelming response during its 12-month beta phase. The 20 teams which completed incubation in the beta phase of SV.CO saw huge success in getting admitted to Zone Accelerator in Mumbai, getting acqui-hired by Tally or landing handsome jobs in leading startups like Ola and Free Charge.

“We are trying to create an ecosystem of providing students with global exposure, so that mindsets can change,” said Startup Village Chairman Sanjay Vijayakumar.